Reaching out and raising awareness 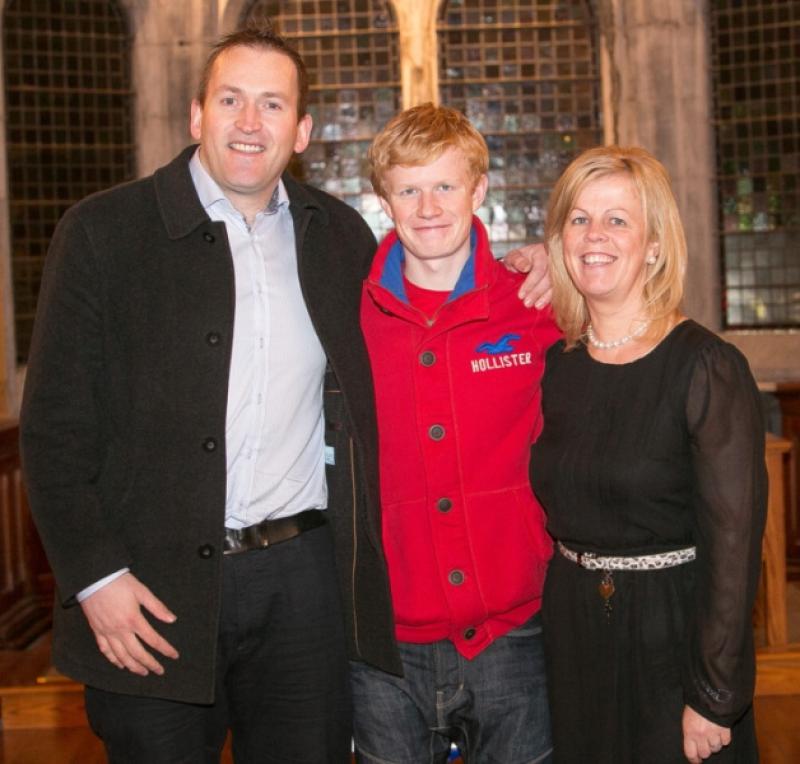 A courageous Kilkenny woman has spoken out about losing her husband and son to suicide.

A courageous Kilkenny woman has spoken out about losing her husband and son to suicide.

Angela Hayes’ message is to have a strong bond with your family, be able to talk, to love unconditionally so that people feel safe and not to judge people.

The inspirational mother-of-five spoke at an event on raising awareness on suicide which was held in St Mary’s Cathedral on January 2.

“I think the timing was right. I went into town on Christmas Eve and started crying walking down the street. People were saying ‘Merry Christmas’ and I was finding it very hard to handle. I went into the church and cried and got the emotion out and I felt stronger after.”

Over 600 people attended the evening which was organised by Cllr Joe Malone. Guest speaker on the night was former Cork hurler Conor Cusack who spoke candidly about living with depression.

However local woman Angela Hayes received a standing ovation when she shared her own experience of losing her husband Tommy in 2002 and her son Thomas in 2011 to suicide. Her son was preparing for a trip to Switzerland as a scout leader and was about to start a new job before his death. “It was completely unexpected and there were no signs at all,” said Angela.

Her 17-year-son Alan also performed a song, Survivor, which he wrote as a tribute to his mother.

“I suppose I did it because I wanted to let people know that they can reach out and that there is support there. It is okay to not feel okay and you don’t have to fight that feeling. One of the main messages is to go easy on each other and not to judge people, you never know what they are going through,” she added.

Cllr Joe Malone said that the evening was a huge success.

“The majority of those who showed up were young people. It shows that the need is there for information and to raise awareness and to let people know that there are many organisations locally that offer support,” he said.

“What also came out of the evening was the need for a young persons support group to be formed,” he added.

“Angela, Alan and Conor are all inspirational people and we could all learn a lot from their bravery, courage and honesty.

“There was a huge positive reaction from the speakers who shared their stories,” he said.

The Kilkenny Gospel Choir also perfomed at the event.