It’s a Foreign Affair: Local DJ’s stock on the rise with record deals 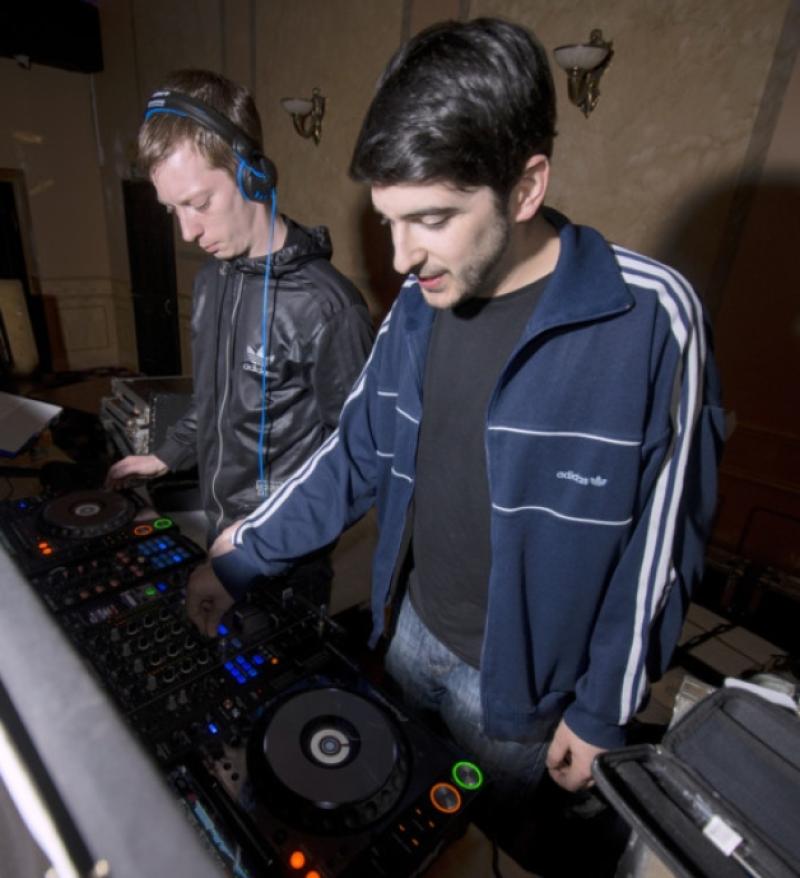 It has been a rollercoaster 12 months for local DJ and music producer Shane Tobler, aka ‘Foreign Affair’.

It has been a rollercoaster 12 months for local DJ and music producer Shane Tobler, aka ‘Foreign Affair’.

Returning to Kilkenny last January following time spent abroad, he has been very busy the past year. Now, in recent weeks, he has seen two pieces of work signed by international record labels.

The first EP was released earlier this month – ‘Make My Day’ – produced by Foreign Affair and friend and fellow DJ Dabinett, with one of the tracks featuring vocals from local artist Marina Bini. It was picked up by London-based label Hype Muzik.

The next track, available from January 12, is ‘Foreign Affair & Dabinett - Unleashed Ft Bini. That has signed to respected house label Kingstreet Sounds from Brooklyn, NY.

“The reason we want to do all this is obviously to create a profile and to make good music – and this is a stepping stone to creating a good profile,” says Shane.

“And it has been really nice to have someone local sing on it. Marina Bini is a really well-respected singer, she sings with a few bands and she’s currently recording an EP in the studio at the moment.”

[Bini is singing with local band ‘Sneaky Rinse’ at present]. It’s a difference between the band industry and the electronic production industry. In the former, the band is usually signed, rather than just the music. In the electronic industry, tracks are generally signed on a track-by-track basis, or an EP basis.

Shane had previously given himself a deadline to get established, and get some music signed.

“If you’re going to spend every day working at this, you are going to have to start pulling in some money,” he says.

But his stock has been rising. Himself and Dabinett recently played Dublin hotspot Twisted Pepper, and last summer, he played at Electric Picnic and Body and Soul.

“I got my first set of decks when I was 16 and played out for the first time when I was 17,” says Shane.

“I enjoyed playing out with people and exploring music in a room with a crowd – the psychology of building a set through the night, connecting with a dancefloor.”

Initially, he began studying his craft in Bray, and then went to London to further study music producing and sound design. He learned plenty about the way the industry was going, and how he might break into it.

“It used to be a separate thing,” he says.

“Producers made records and then gave them to DJs who played them. But after going to London and studying there, [I learned] if you want to get anywhere you have to start making your own music.”

Returning to Kilkenny was an opportunity to progress.

“Straight away, it really changed everything up, it was back to where everything started,” he says

“Within three days of being back in Ireland, I had the keys to this amazing little studio space. Straight away, myself and some mates got to work and really used the space to the best of its capabilities.”

It was there the first track was produced.

Now Shane’s operating in a recording studio in Ballycallan, where he has been working with and recording a variety of artists. Crossroad Studios is already gaining a positive reputation here and further afield.

Bands have been coming in and begun working on albums, EPs, and singles. It’s a slightly new departure for Shane, but one that he is growing into naturally.

His studio recording work is being kept quite separate to ‘Foreign Affair’ – his alias for releasing house music.

“It’s about scoring your track into the record bag of good DJs and radio stations.”

He is already getting offers from different labels but for now wants to take his time with them, and have fun making records. Another thing he is looking at is producing an album – but that’s some way down the line just yet.

“For the moment it’s about [creating] a body of work, but being careful about what you put out,” he says.

“This is a good step into the industry.”