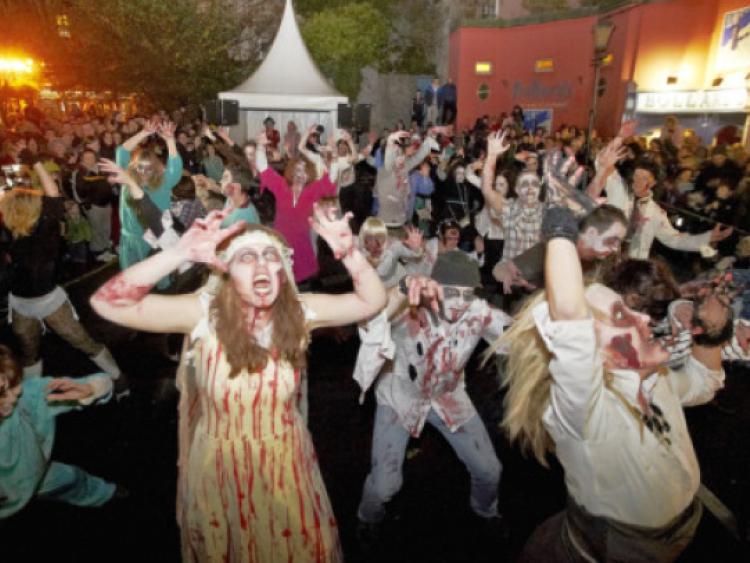 The undead hordes will descend on Kikenny City this October bank holiday weekend as a looming zombie apocalypse threatens to push civilisation to the brink.

The undead hordes will descend on Kikenny City this October bank holiday weekend as a looming zombie apocalypse threatens to push civilisation to the brink.

The two-day ‘Thrillkenny Zombie Festival’ is back bigger than ever, and everyone is invited to participate. Organisers are billing it as Ireland’s largest fancy dress, and everybody coming into the city for the weekend is being asked to make an effort.

There will be spot prizes in the bars and clubs. There will be two nights of music with over 20 bands playing including a Global Thriller Dance World Record attempt on Saturday, October 25 at 7pm at Canal Square; free Thriller Dance Workshops; Zombie Walk for Enable Ireland at 2pm on the Sunday starting at MacDonagh Junction