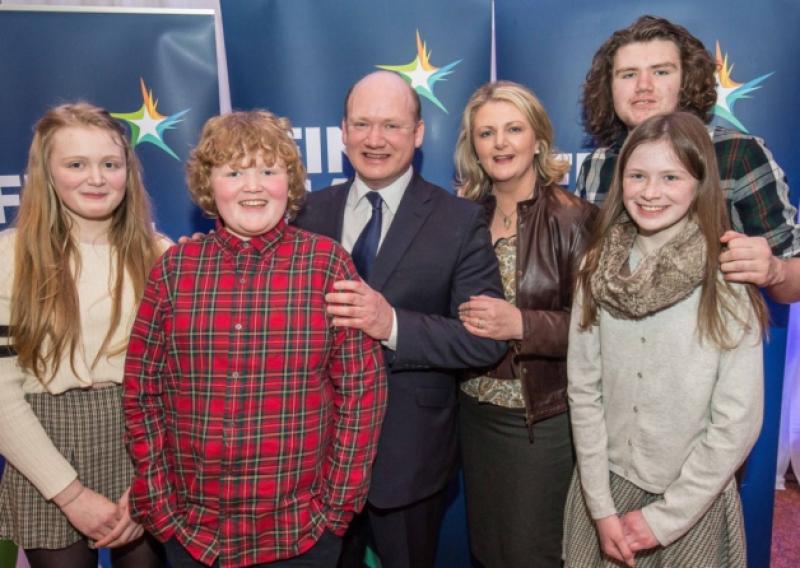 A stunning performance at the Fine Gael selection convention last night earned Cllr David Fitzgerald, Kilkenny city the right to represent the party in the upcoming Dail by-election for Carlow-Kilkenny to be held on Friday, May 22.

A stunning performance at the Fine Gael selection convention last night earned Cllr David Fitzgerald, Kilkenny city the right to represent the party in the upcoming Dail by-election for Carlow-Kilkenny to be held on Friday, May 22.

He beat clear favourite, John Bryan, former president of the IFA in a two-horse race at the Lyrath Estate hotel, Kilkenny where close on 1,500 delegates attended along with Taoiseach Enda Kenny and EU Commissioner for Agriculture and the man who caused the by-election, Phil Hogan present.

Cllr Fitzgerald has been a councillor since 2009 and was Mayor in 2012. He is involved in a wide range of local organisations and is committed to making Kilkenny a better place in which to live and to do business. David is a member of the Keep Kilkenny Beautiful (KKB) committee; St. Canice’s National School Parents’ Association; the IFA and An Taisce. As a local business man he is also familiar with the issues affecting small business owners and employers in the Carlow/Kilkenny area.

Speaking after his selection, Cllr Fitzgerald said: “I am truly honoured to have been chosen by Fine Gael members tonight and I am hugely encouraged by the trust they have placed in me. I believe I can win the seat and will work hard to do so.

“Phil Hogan has done a fantastic job for this constituency, and if successful, I will have very big shoes to fill. However, I believe my experience as a leader and an active councillor will stand to me.

“The economy is starting to recover, thanks to the sacrifices and efforts of the Irish people, but that recovery is fragile and incomplete. I am delighted to get the chance to convince the people of Carlow/Kilkenny that I can play a significant role as a Fine Gael TD in ensuring our constituency feels the benefits.

An Taoiseach, Enda Kenny TD said: “David Fitzgerald has all the qualities we want in our public representatives and his commitment to Carlow/Kilkenny is unquestionable. David has the full support of the Fine Gael party and I wish him all the best for the campaign ahead.”

Cllr Fitzgerald is nephew of former Fine Gael TD for Kilkenny, Mr Kieran Crotty who will receive the freedom of his native city next month.