I’m not a celebrity... Keep me in here 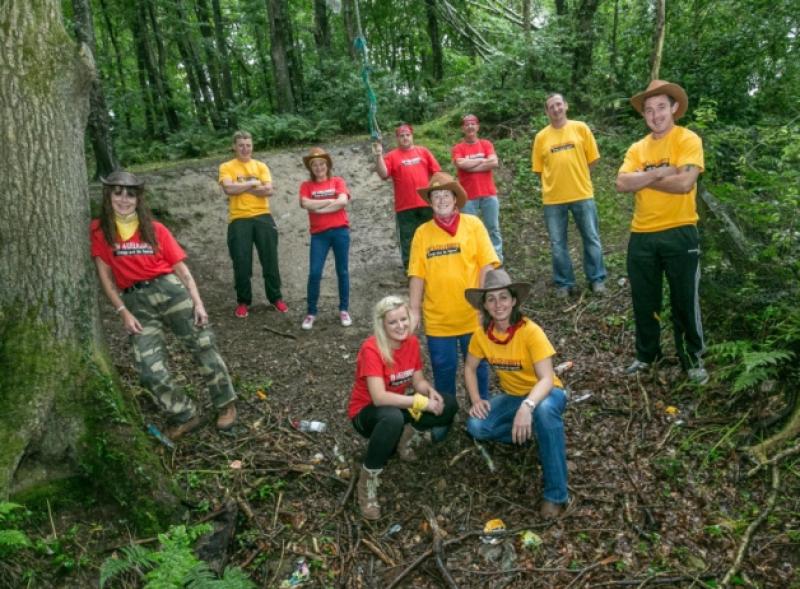 Things are about to get a bit crazy in Kilmoganny this August bank holiday with a special fundraiser event which will see 11 local people pushed to their limits.

Things are about to get a bit crazy in Kilmoganny this August bank holiday with a special fundraiser event which will see 11 local people pushed to their limits.

I’m Not a Celebrity, Keep Me in Here kicks off next Thursday evening in the woods and it looks set to be seriously entertaining. For the lucky contestants, there will be three days and four nights of mental and physical challenges, odd things on the menu, and facing a few fears.

The event was borne out of a festival which has been held on the August Bank Holiday weekend in recent years. It would supplement a variety concert for St Eoghan’s school, but this year a lot of people were away, so the committee decided to come up with a new plan.

“We just came up with this idea one night, and we said ‘oh, will we do it?” says organiser Lorraine Kearney.

“That was about six months ago. And then about three months ago I said ‘yeah, we will just do it. So then we started to organise.”

They formed a sub-committee of the general committee consisting of Lorraine, Kieran Moore, William Kearney, Helena Kearney, Pete Dunne and Ciara Fitzpatrick. They started having meetings to put the concept together, and then went to convince some contestants to get on board.

“Over the weekend, they’ll be doing a lot of physical challenges,” says Lorraine.

“Now, they will get some treats along the way if they earn them. And they’ll also be getting to know each other each other very well. William is building a full-sized shack for them to sleep in. They’re sleeping out there there whole time.”

Each contestant had to raise €200 each in corporate sponsorship, which is part of the fundraiser for three worthy causes – L’arche, St Eoghan’s, and St Joseph’s.

The contestants will not have it easy. Their bags will be checked on arrival for contraband. They are limited in what they can bring in – two t-shirts, one pair of pants, one shorts, two pairs of underwear, two pairs of socks. If these get dirty, they will have to be washed in a barrel.

There camp will be centralised around a fire, which they will use to cook their meals. They will also have to take it in turns during the night to watch the fire and keep it going.

The camp is located in a small area of the wood, colloquially known as ‘Badger’s Den’. The area will be roped off, so organisers are encouraging a big crowd to come up and have a look at what’s going on.

People will be able to vote (for €1 per vote) for whichever contestant they want. The first vote-off will be on Saturday morning, with further events later that day and Sunday.

The trial area is slightly away from the camp in the woods, and it will be set up for maximum viewing entertainment. There will be 24-hour security, and the contestants will not be allowed speak to any of the public watching.

“We want everybody [to come up] for every trial time,” says Lorraine.

“And the poster up on the street here will say ‘Next Trial 12pm’ or ‘Next Trail 1pm’. They will only be eating rice and soya beans for breakfast and lunch, and then they will earn their dinner, whatever they earn, from what they get in the challenge.”

The launch of I’m Not a Celebrity, Keep Me in Here is on Thursday, July 30 at 8pm. The winner will be crowned King or Queen of the Jungle and receive a prize on Sunday evening.