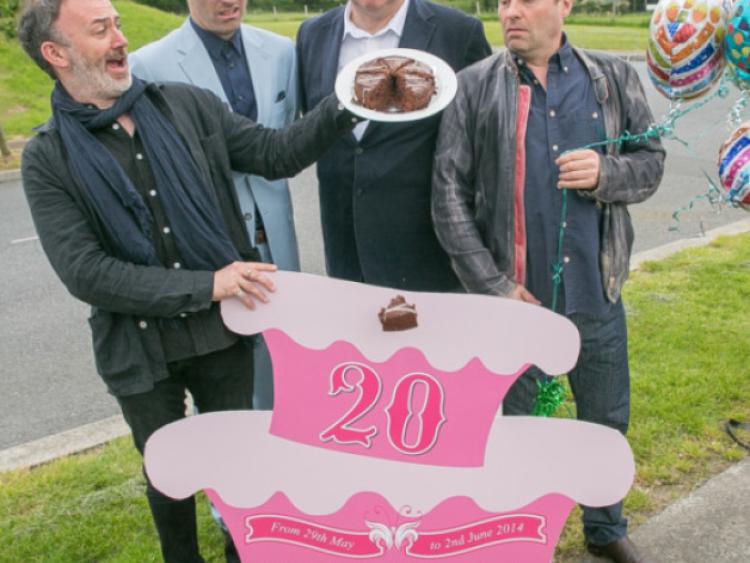 The 20th Birthday Party event at Cillín Hill in Kilkenny was opened by Cat Laughs founder Richard Cook. Co-hosts Barry Murphy – who has uniquely performed at every Cat Laughs festival and Dom Irrera, who has headlined 18, introduced a stellar line-up over three hours that included: Dara O Briain; Tommy Tiernan; Des Bishop; Ardal O’Hanlon; Neil Delamere; Eleanor Tiernan; Lewis Black; Kathleen Madigan and Jake Johannsen, amongst others. Mary Lynn Rajskub, star of Sky 1’s 24: Live Another Day, also joined the line-up in a return to her roots as a stand-up comic. All 1,300 tickets for the event were sold-out in advance.

The 20th edition of the Sky Cat Laughs has proven a huge draw for the biggest names in comedy. Established Irish and international comedic talent who were Cat Laugh headliners over the years have returned - several after an absence –to celebrate and acknowledge the festival that has given so many household names their career start. The Sky Cat Laughs is now acknowledged to be one of the world’s best-loved comedy festivals.

Ticket sales are up 30%, the highest since 2010, according to organisers. The buoyant sales have impacted on accommodation in Kilkenny with very few rooms left in the city’s hotels, B&Bs and guest houses. More than 30,000 people are expected in Kilkenny over the weekend until the Sky Cat Laughs closes on Monday night with the Goodnight Cats gig in Langtons.

“There’s a tangible excitement around Kilkenny. The birthday event was a fantastic opener to the weekend and sold out weeks in advance. The response to this year’s Sky Cat Laughs has been incredible. Several of the shows are now sold out and any remaining tickets are selling fast. It’s our best year for sales since 2010.” said Jane Russell, CEO, Sky Cat Laughs.

Title sponsors Sky will present a number of world-premiere screenings at the festival, namely Charlie Brooker’s A Touch of Cloth III: Too Cloth For Comfort and Baz Ashmawy’s comic travel series 50 Ways To Kill Your Mammy.

Sky stars Sharon Horgan will present an exclusive show presenting Sky Arts’ Psychobitches and a discussion of the journey, from inception to screen, alongside the show’s writer and director, Jeremy Dyson. Actor and director Simon Delaney is to host The Big Pitch with panellists Andrew Maxwell, Jason Byrne and Aisling Bea where members of the public are given the opportunity to pitch comedy entertainment ideas which they think should be on television.

For full line up see www.thecatlaughs.com