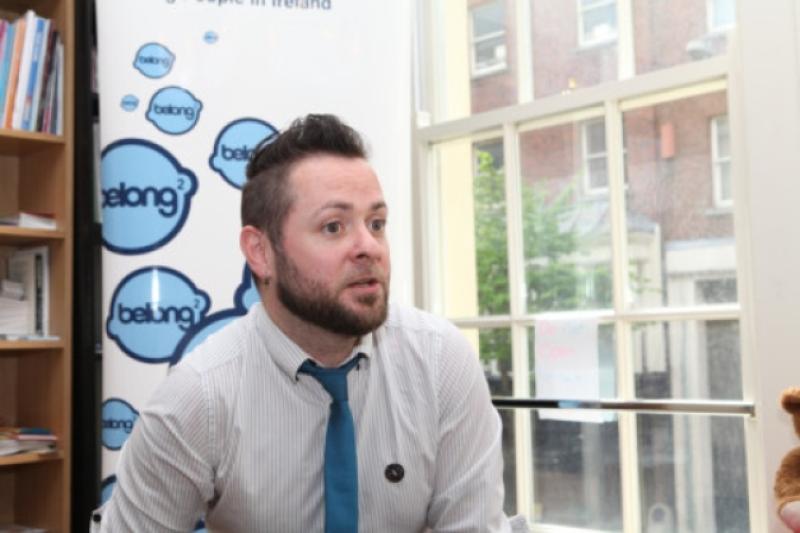 As youth organisation BeLonG To this week officially launches its annual anti-bullying campaign, it is also celebrating the fact that its director, a Kilkenny man, has been crowned ‘Person of the Year’ at the Gay and Lesbian Awards.

As youth organisation BeLonG To this week officially launches its annual anti-bullying campaign, it is also celebrating the fact that its director, a Kilkenny man, has been crowned ‘Person of the Year’ at the Gay and Lesbian Awards.

Michael Barron, pictured, originally from Glenmore, was shocked to hear his name called out at the ceremony in Dublin last month. But he has had little time to savour the win as he has been so busy in the run-up to today’s launch of the ‘Stand Up’ campaign.

BeLonG To is an organisation for Lesbian, Gay, Bisexual and Transgendered (LGBT) young people, aged between 14 and 23. They provide direct youth work services to LGBT young people and support LGBT youth groups all around the country.

Organised by BeLonG To, the campaign aims to raise awareness of homophobic bullying and the issues that affect young LGBT people. This year, it has Government backing.

“This year, we worked with the Department of Education to produce a national anti-bullying action plan,” said Michael.

“So this year, it’s a joint campaign, and the Department are offering funding and resourcing. This makes it more mainstream and better resourced, so it’s more likely that schools will take it up.”

It’s also an auspicious year for the campaign, as this is the tenth anniversary of the organisation’s founding. Even in those ten years, Michael has noticed some changes in the way things are.

“In ten years, a lot has changed definitely,” he says.

“Young people are coming out as LGBT at a much younger age, and more often. In the early days, most people coming to us would have been over 18, but now there are huge numbers under 18. We have done a lot with education, and I think we have managed to achieve a lot of it. The landscape is better than it was 10 years ago.”

As part of the campaign, which Minister Ruairi Quinn helped launch this morning, more than 1,400 secondary schools and youth organisations will be issued with packs, with information on homophobic bullying, educational DVDs, a discussion guide, posters, stickers and fundraising activity suggestions to support BeLonG To.