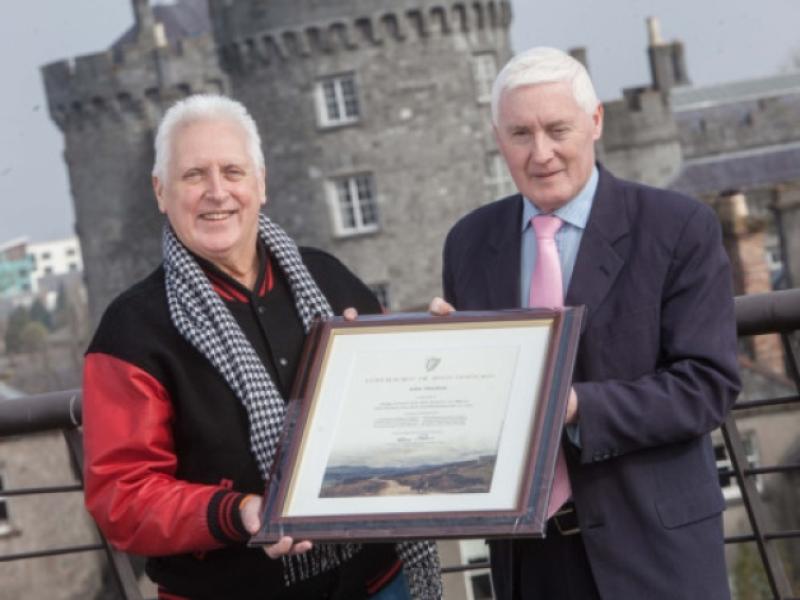 A letter written to the Kilkenny People last year by an Australian man searching for family here has yielded success, with locals rallying to find the living descendants of his emigrant great-grandparents.

A letter written to the Kilkenny People last year by an Australian man searching for family here has yielded success, with locals rallying to find the living descendants of his emigrant great-grandparents.

John Minahan, who lives in Victoria, arrived in Kilkenny on Monday to locate any living descendants of Patrick and Elizabeth Norman (nee Sanders), who lived here in the late 1800s. He has been researching his Irish family connections for over 30 years, taking over the effort from his mother when she became no longer able.

His emotional journey is near its conclusion now, however, as he arrives in Ireland during the year of The Gathering, in an effort to find family, history and roots. Frank Kavanagh of Kilkenny Castle has assisted him for a number of months now, digging up different stories and encouraging him to write a letter to this newspaper.

“Bernie Kirwan saw my letter to the Kilkenny People and contacted me stating that she had also been researching the Norman family in Kilkenny and I believe that she may have found some Norman families that have a direct connection to my ancestors,” says John.

“Since conversing with Bernie I have been contacted by some Normans who I will try and catch up with when in Kilkenny early March. It was my mother’s wish to find living relatives in Ireland before she died. Unfortunately she passed away in July 2011, which made me even more determined to finish that which she started.”

In the 1870s/80s, Elizabeth Norman worked in Kilkenny Castle, before she left Ireland in 1892 to join her husband Patrick. He had emigrated to Australia in 1886 on the SS Cusco. Elizabeth sailed to Australia with her children on the SS Austral, settling in Victoria, where Patrick was working as a creamery manager on a farm.

John was also seeking any information regarding the couple’s eldest daughter, Catherine. She is believed to have married a shipping clerk and emigrated to America in the early 1890s.

Enormously proud of his Irish heritage, John has been permitted to apply for Irish Citizenship and a passport, due to the fact that his grandmother, Bridget Mary Norman, was born in Dunmore and baptised in St John’s Church in Callan.

He has also applied for a Certificate of Irish Heritage, and Kay Woods of the Heritage Centre is making arrangements for it to be presented by Mayor of Kilkenny Sean O’ hArgain at Kilkenny Castle, where John’s great-grandmother was a domestic servant almost 150 years ago.

John arrived in Kilkenny on Monday, and leaves tomorrow (Thursday). He will travel to various parts of the country meeting people, before celebrating St Patrick’s Day in Dublin and then returning home to Australia.