Fury over colour code and signs set for city 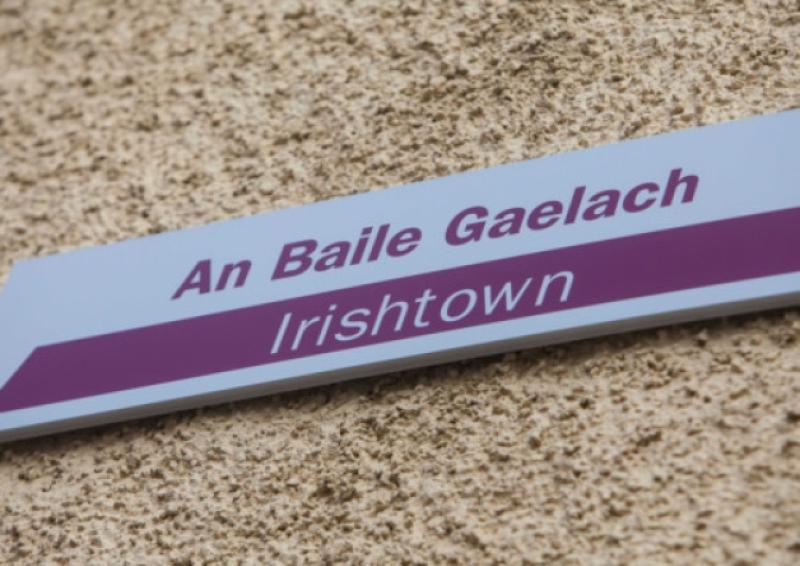 THERE has been an outpouring of anger in reaction to the proposed new ‘colour code’ for Kilkenny City, which will see maroon and white as the designated colours for street furniture, including signage, bollards, bus shelters, and certain surfacing.

THERE has been an outpouring of anger in reaction to the proposed new ‘colour code’ for Kilkenny City, which will see maroon and white as the designated colours for street furniture, including signage, bollards, bus shelters, and certain surfacing.

City centre traders came out in vehement opposition to the new colour plans at a briefing on the ‘Medieval Mile’ project last Thursday. There is also considerable anger at the rolling out of a new signage scheme (pictured), which has seen modern, metallic-looking maroon and silver signs erected on various walls and buildings in the heart of the Medieval city.

Traders say the new signage and the colours are out of step with the image Kilkenny is attempting to portray.

“Even the new maroon signs – it’s dire. It’s not Medieval. Any shopkeeper or customer I have spoken to thinks it’s dire. Let’s go for the old black and white signs.”

However, director of services John Mulholland said notice had been given asking for views, but none were offered.

“This design was to open competition, and we had no input,” he said.

“The colour was taken from some of the paint schemes of the city. It was put to public consultation but there was very little comment until [the signs] went up on the street.”

But Mr Dore found vocal support from the majority of traders at the meeting, who also expressed reservations with the computer-generated depictions of maroon and white bus shelters and bollards lining the city’s new Medieval Mile. Cllr David Fitzgerald (FG), a former mayor of the city, has also revealed that he would not like to see the maroon theme rolled out.

Another High Street retailer, Barry O’ Connor of O’ Connor’s Jewellers, also feels the signs are inappopriate. He said there should now be careful consideration given to any further projects using the colour scheme.

“I agree, they are really not Medieval,” he said of the signs.

“They are on stone walls and it just looks wrong. Before we go any further, we need to see if we made a mistake; maybe we should bite the bullet and take a step back.”

It has not escaped notice that the combination is also the county colours of hurling rivals Galway, while our own black and amber appears to have been sidelined.

Speaking this week, Mayor of Kilkenny Sean O’ hArgain said he had some mixed feelings about the signs, but welcomed certain aspects such as their bi-lingual text.

“I actually think they look quite well on some of the older walls, such as up around St Canice’s,” he said.

“I have also asked visitors to the city, in particular visual artists, who have complimented them from a design point of view. I would certainly be opposed to taking them down and replacing them if there is a major cost involved.

“I do not believe we should live in some sort of ‘mock Victorian’ museum or theme park; Kilkenny is known for its good contemporary design. I also think there should be something incorporated in our signage scheme to recognise local people of note – where they were born or lived.”

The mayor also said that he was not overly-concerned regarding the chosen colours of the street furniture.

Last year, the old regency lanterns in the city had their fittings removed, while the uprights were kept to use for flower baskets. It seems they are to go as well now, the black cast iron no longer in keeping with the new ‘Brand Kilkenny’.

The colour code plans were revealed alongside a new lighting scheme, which will see High Street lit by centrally-suspended white lights.

Lighting designer Rocky Wall briefed the traders on the scheme, which met with a largely positive reception.