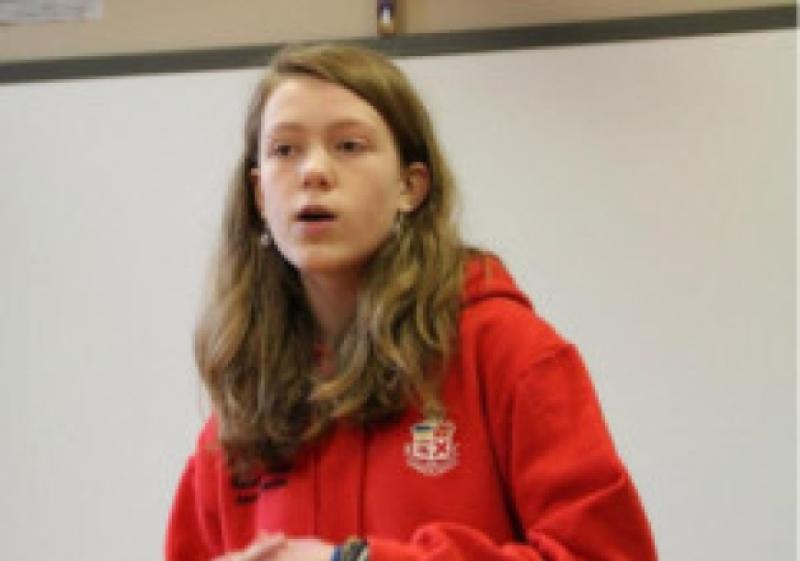 Two Kilkenny College debaters had the honour of competing in the prestigious International Competition for Young Debaters (ICYD) in the Union Society in Cambridge earlier this month.

Two Kilkenny College debaters had the honour of competing in the prestigious International Competition for Young Debaters (ICYD) in the Union Society in Cambridge earlier this month.

Having debated three times in UCD last month to qualify, third year students Alvin Stanley and Fiona O’ Connell, along with pairings from Belvedere and Loreto on the Green, made up the contingent representing Ireland.

The Cambridge Union Society, the oldest union in Cambridge University, was founded in 1815 and is renowned worldwide for public speaking and debating. This competition attracted speakers from as far afield as Canada and Dubai and 120 speakers took part.

The ICYD requires each pairing to debate four times on the day in a bid to reach the final.

The interactive format is modelled on the British Parliamentary House of Commons style.

Mace debating means that during each five-minute speech, there are three minutes of unprotected time in which points of information are taken and given.

Having registered at 9am, students were almost 12 hours in the Union on what is a gruelling day and Alvin and Fiona fared very well to finish in the top third in their first year in competition.

Alvin Stanley, who is captain of junior debating in Kilkenny College, and Fiona O’ Connell, along with their debating coach, Debbie Neill, have gained valuable experience throughout the year having competed regularly in Leinster.

The season has encompassed 12 trips to Dublin and beyond in addition to regular prepping sessions and in-house debates.

Much credit for their success must be given to the members of the third year debating team of Sophie Cairns, Sean Landers, Sorcha Leary, Glenn Dudley, Daire Pryal, Jack Kirwan, David Ola and Mike Purcell who may look forward to the season ahead.