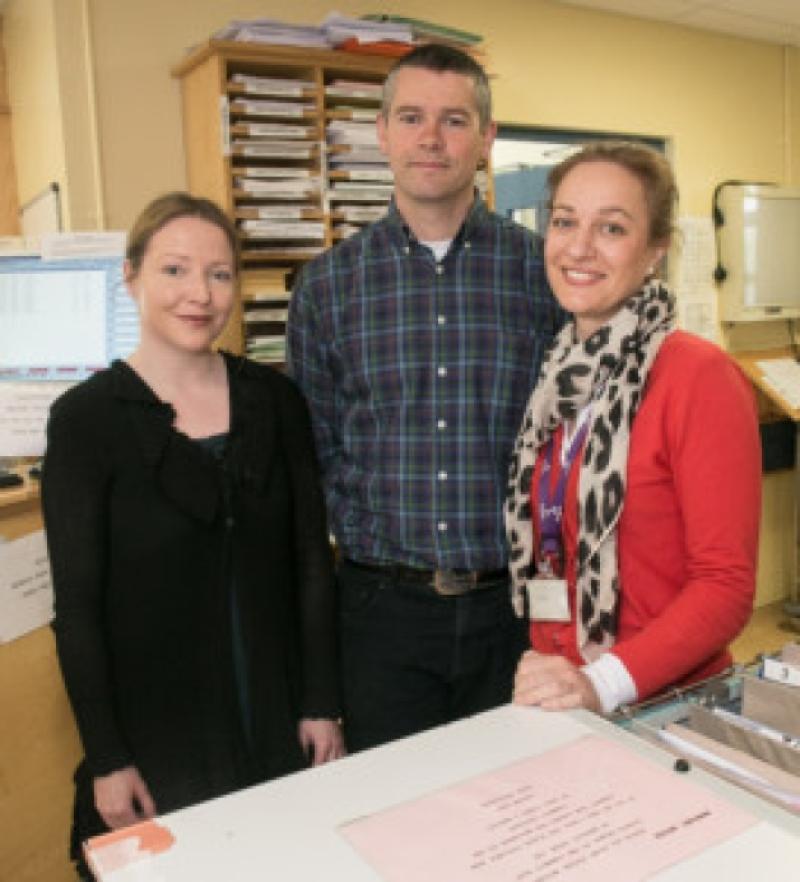 ST Luke’s Hospital Kilkenny received a major boost recently when one of its pharmacists won a top award at the national conference of hospital pharmacists.

ST Luke’s Hospital Kilkenny received a major boost recently when one of its pharmacists won a top award at the national conference of hospital pharmacists.

Catherine Mannion, a native of the city, who specialises as an Antibiotics Pharmacist in St Luke’s, was awarded first prize for her audit of penicillin allergy in the hospital cleverly entitled “Let’s not be rash about documentation of penicillin allergies.”

Her findings are hugely significantly and will lead to changes in the way people are screened for antibiotic usage. Catherine was delighted with her win and especially for what it means for the hospital and . “I am thrilled to win this prestigious prize for work that is very close to my heart. The use of antibiotics in the hospital is overseen by a wide range of people who co-operate to ensure safety and effectiveness,” she explained.

“By highlighting this issue, I hope that we can raise awareness of what true penicillin allergy is when it comes to prescribing for them,” she added.

Her project showed that almost 70% of people reported to be allergic to penicillin were in fact not allergic. The audit won against stiff competition from many larger hospitals, with the judges complimenting her on its high quality and applicability to all hospitals, not just St Luke’s.

Commenting at the conference, Chief Pharmacist at St Luke’s Hospital, Mr Donal Carroll said: “We are very proud of the work we do at St Luke’s around use of antibiotics. Catherine was able to show that one simple step of checking with the patient, the GP or the community pharmacist the details of the penicillin allergy allowed many patients to be treated with antibiotics which are safer, more appropriate and more cost effective.”

“If a patient does not have a true penicillin allergy then we have more options for treating an infection. Using alternatives to penicillin unnecessarily can lead to problems, potentially causing more side effects and costing the hospital up to four times more money.”

Catherine also urged caution. “True penicillin allergy is serious. It is important that a patient can describe what happened to them the last time they had penicillin, then a distinction can be made between a side-effect of the antibiotic or an allergic reaction,” she pointed out.