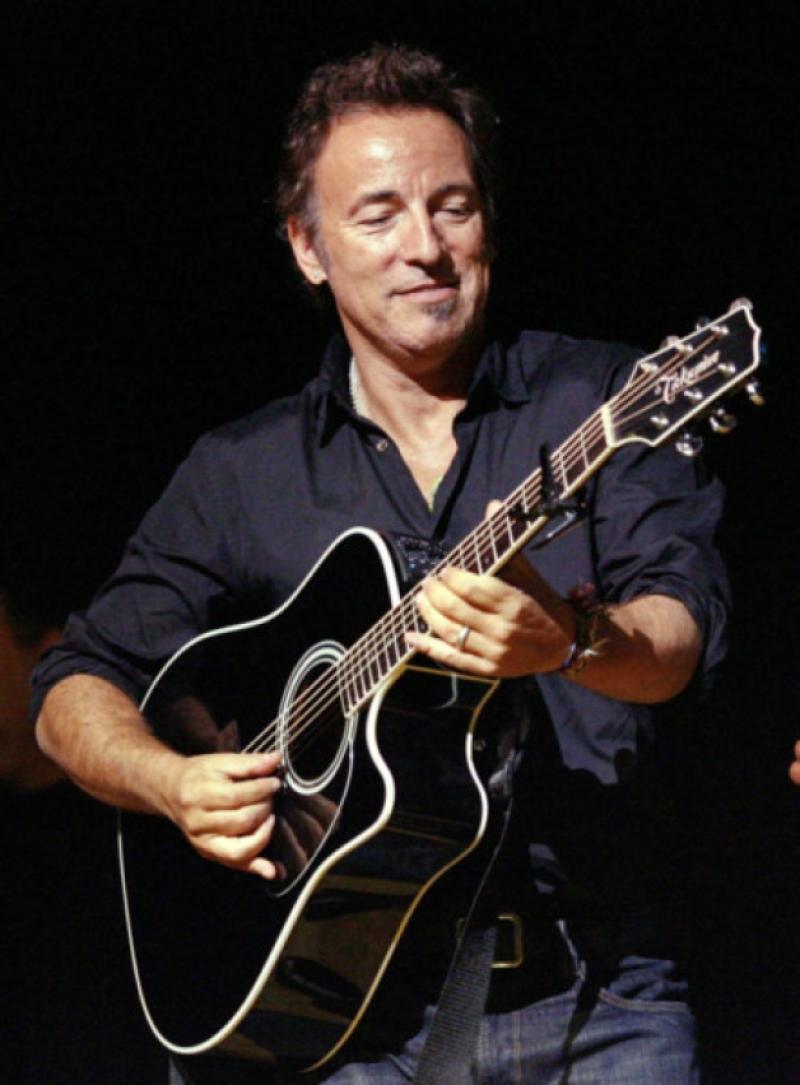 Bruce Springsteen surpassed all expectations when he played in Pairc Ui Chaoimh in Cork last Thursday night leaving the crowd spellbound and in awe of his amazing energy.

Bruce Springsteen surpassed all expectations when he played in Pairc Ui Chaoimh in Cork last Thursday night leaving the crowd spellbound and in awe of his amazing energy.

He played for over three hours with the truly brilliant E Street Band and his energy did not drop for a mere second.

The Boss clearly adores his fans and he played a different set to that performed in Limerick two days previously. I knew to expect great things - I had heard that he is amazing live and words are hard to find to describe the magnetic and raw energy this 63-year-old brings to the stage. The stories and messages in his songs resonate with you long after the show is over and how he looks, moves and sounds is more than impressive for any person but taking into account his age it is incredible.

The show opened with This Little Light of Mine. For those lucky enough to get to the venue early he played three songs pre show - I’ll Work for your Love, Girls in their Summer Clothes and Real World on piano.

The anthem track We Take Care of Out Own, which has been compared by some as a modern day Born In the USA got an electric response from the 50,000 plus crowd, who packed into the stadium on the banks of the River Lee.

With the vast majority of people suffering in the current stagnant economic swamp Springsteen’s lyrics ‘Shackled and Drawn’ struck a close chord with many people who find themselves modern day slaves because of their economic circumstances, hugely indebted to banks and on the breadline. In these challenging times when unemployment is at record levels and apathy and anger is channelled towards our political system but seems to be falling on deaf ears there is even more emotion and meaning to much of Springsteen’s work including his beautifully crafted last album Wrecking Ball.

However as at most stadium gigs it was his most popular songs - Born In the USA, Born To Run and Dancing in the Dark that drove the crowd into an electric state with people chanting the chorus.

The show was packed to the brim of beautiful moments and one of those was his rendition of The Troggs Wild Thing where The Boss spun his electric currents into every orifice of the space and clearly revelled during the performance. There is no doubting that this man has earned his place in the hall of legends that only a handful of performers should rightly be placed.

Not only does Springsteen subject you to three hours of outstanding live performance he also engages and interacts with the crowd. Close to the end he brought a stunned mother and daughter onto the stage and held the elder of the two in a tight embrace as they danced together to celebrate her 50th birthday.

There was bickering and mumbling in the aftermath of the concert over queues and crowd control and difficulties in getting a beer. I for one was more than happy to sip my water and bask in the aftermath of a magical and unforgettable evening in the sweltering evening sun where for three hours I was taken and brought on a wonderful journey.

Thank you Mr Springsteen and I look forward to seeing him taking his best shot at the closing night of his Wrecking Ball European tour this Sunday at Nowlan Park.