Confusion over ballot paper in referendum 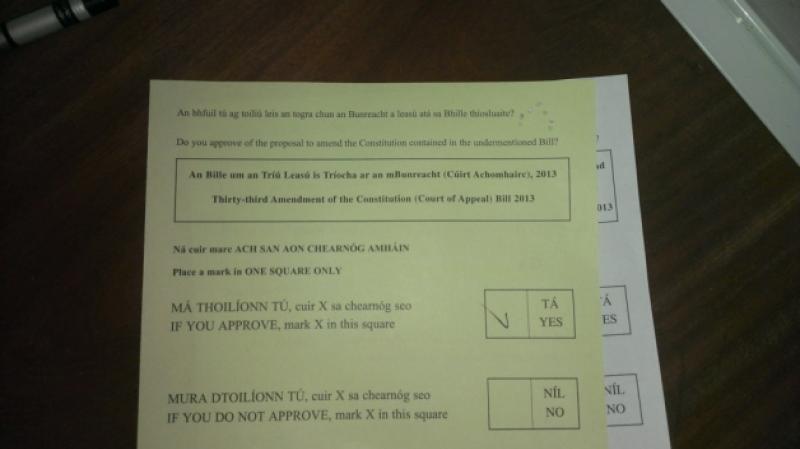 THERE was confusion this morning in Kilkenny as voting got underway in the Constitutional referendum.

THERE was confusion this morning in Kilkenny as voting got underway in the Constitutional referendum.

Many voters were unable to figure out which constitutional amendment they were voting for and had to get the help of presiding officers to help them out. The only reference on the ballot paper to either the court of appeal or Seanad amendment is in very small writing in brackets and is not immediately obvious to voters.

Leading lawyer and former councillor Michael Lanigan said there will be a lot of concern over the fact that people really had no idea which amendment they were voting for and I had to ask the presiding officer to tell me which one was which,” he said.

In St Canice’s primary school, Kilkenny city there was a steady stream of voters before 9am and voting officers felt that the turn-out will probably in excess that of recent referenda.