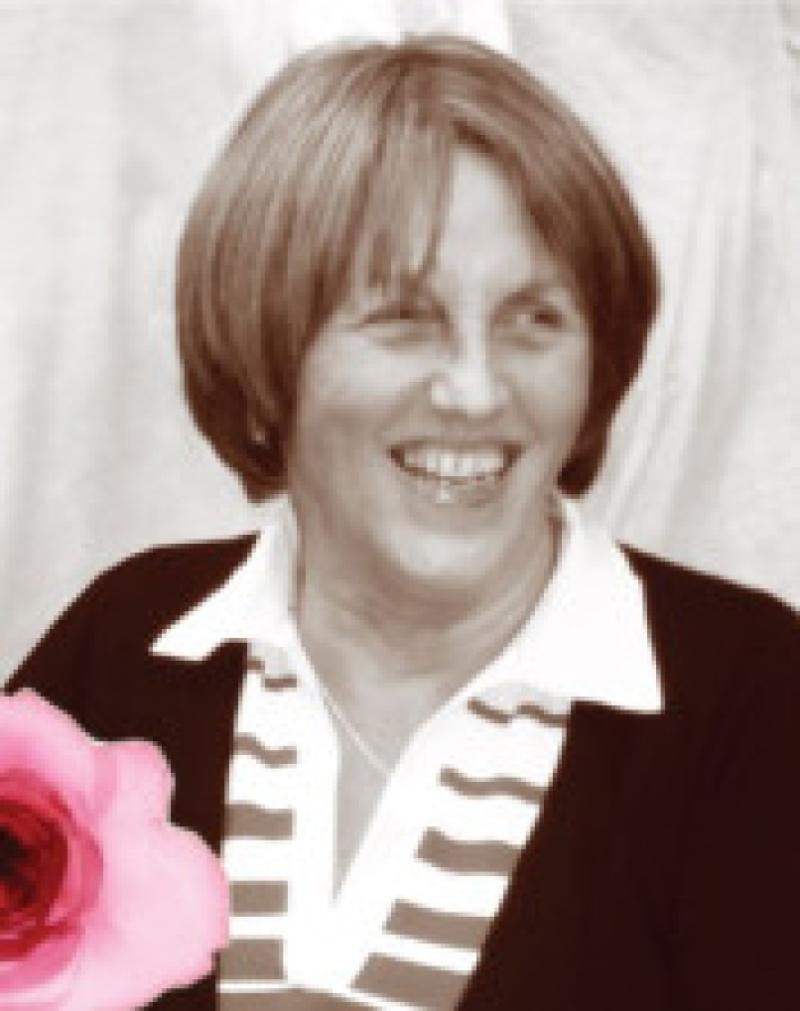 The entire Bennettsbridge community iscoming to terms with the death of Kathleen Burke, Ballyreddin, which occurred on Saturday, 14th September. Kathleen died unexpectedly following a short illness and she is missed by her family. She was a very popular and caring person and had been looking after her sister Mary who is recovering from serious illness when she fell ill herself.

The entire Bennettsbridge community iscoming to terms with the death of Kathleen Burke, Ballyreddin, which occurred on Saturday, 14th September. Kathleen died unexpectedly following a short illness and she is missed by her family. She was a very popular and caring person and had been looking after her sister Mary who is recovering from serious illness when she fell ill herself.

Kathleen was born in 1945 and would have celebrated her 68th birthday later this year. She was one of eight children born to Michael and Elizabeth Burke, Ballyreddin(her sister Delia, died in infancy). She attended primary school in Bennettsbridge and lived most of her life in the locality apart from a brief time in England. She worked at the hops for a time and was employed in Fieldcrest for some years. She spent thirty years working in St Canice’s Hospital until she retired a few years ago.

She was a valued member of The Going Strong Group in Danesfort and was also involved in playing bridge in the centre. She will be sadly missed by all. Prayers in Johnston’s Funeral Home were said by Rev Sean O’Connor, St John’s and Very Rev Canon Pat Dalton, P.P.Tullaherin.

A Guard of Honour including many of her colleagues from St Canice’s Hospital and representatives from the Ossory Pilgrimage to Lourdes flanked her coffin as the remains arrived at St Bennett’s Church. The church was filled to capacity as family, friends and neighbours came to pay their final respects. Kathleen’s coffin was draped with the Ossory Flag, signifying her enormous contribution to the pilgrimage for twenty eight years.

Prayers of the Faithful were recited by, Laura Ryder, Lisa Maher, Tommy Burke, Glen Killian and Sue O’Connor.(nieces and nephews)

During the Offertory Procession, Kathleen’s grand-nieces, Kate Maher and Aoife Kathleen Burke brought up her much treasured Benemerenti Medal and her rosary beads. The water and wine was carried by her sister, Eileen and sister-in-law Margaret.

In his homily, Canon Patrick Duggan spoke of Kathleen’s great faith and her devotion to the mass. He praised her caring qualities which saw her looking after her sister even though she was ill herself. He said that she had lived her life to the full and that though she is gone her family should take comfort from the fact that her suffering is over and that she will still be watching over them. He finished with a well known quotation, “The lamp has not been quenched, it’s just that the dawn has arrived”. Music was by the Bennettsbridge and Tullaherin Choirs with accompaniment by Mollie Cahalane. Before the final prayers of commendation, Kathleen’s grand-niece and grand-nephew, Emma and Tommy Nesbitt played the haunting slow air, “Caoineadh Luimnigh”. A beautiful Mass Booklet was compiled by her niece Caroline and this was a much appreciated and sought after memento by all her family and friends.

Kathleen is survived by her sisters, Eileen, Margaret,and Mary, brothers, Thomas, Denis and Michael. She is also mourned by her nephews, nieces, grandnephews and grandnieces, in-laws, friends and neighbours.

Finally, in the words of the poet, John O’ Donoghue:

“Kathleen, may your soul smile in the embrace of your Anam Chara.

May you continue to inspire us to enter each day with a generous heartTo serve the call of courage and love.

Until we see your smiling face again

in the land where there is no more separation,

where all the tears will be wiped from our mind

and where we will never lose you again.”