Subervise playboy sweeps into the Arms 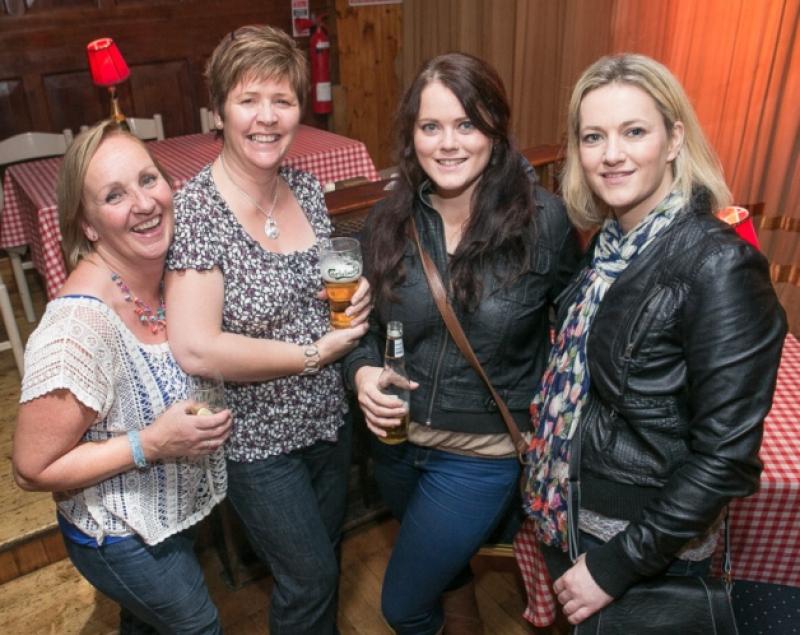 One of Ireland’s best known, award winning comedians Tommy Tiernan kicked off his World Tour of Kilkenny at The Bridgebrook Arms, Thomastown on Wednesday night.

One of Ireland’s best known, award winning comedians Tommy Tiernan kicked off his World Tour of Kilkenny at The Bridgebrook Arms, Thomastown on Wednesday night.

Tommy is a subversive, controversial comedian so this event was not for the faint-hearted. A large number of young people attended the gig alongside older fans like myself who remember when he burst onto the comedy scene in the mid-1990s. Who can forget his first fresh faced appearance on The Late Late Show in May 1996? He regaled the audience with hilarious tales of his hometown, Navan. Like many Irish performers he describes this appearance on The Late Late Show as a landmark in his career.

Since his first television appearance his material has become more subversive and he has stumbled into controversy more than once. However, these foibles have not deflected from his popularity.

In February of this year Tiernan was interviewed by Tom Dunne on a national radio station. He revealed he had been extremely religious in his late teens and early twenties.

He toyed with idea of becoming a priest and spent some time with the Redemptorists in Galway. When he abandoned this idea he subsequently lived on the Aran Islands in a commune called Basic Christian Community for a couple of years. This community was run by an ex-priest and the alternative Christian lifestyle appealed to him.

Tiernan as a person is a complicated contradiction and his comedy reflects this. He bounded on stage in Thomastown dressed like the last Playboy of the Western World. Wearing a cravat, a white shirt, a brightly coloured tweed waistcoat and trousers he launched into a hilarious, irreverent set. Tiernan’s humour is quintessentially Irish and his stories are like streams of consciousness.

He alternately whispered and roared into the microphone drawing the audience to the edge of their seats. His mastery of accents and facial expressions ensured the show was more a high energy theatrical performance then straight stand-up comedy.

Drawing maximum drama from his material Tommy paced the stage toying with the audience. Challenging, cajoling, pouncing but above all entertaining confidently. Tiernan laughed a lot on stage obviously enjoying the energy and mischief.

He revealed he was doing a World Tour of Kilkenny to support his six children. Nobody escapes his hilarious observations and social satire. Even Thomastown didn’t escape a barb. When heavy rain pounded on the roof of the venue he quipped, ‘Is Thomastown near the river or in the river?’ Lots of laughter emanated from The Bridgebrook Arms that rainy Wednesday night and Tommy Tiernan left Thomastown to continue his World Tour of Kilkenny.

From there he went to The Lord Bagenal, Leighlinbridge, Co Carlow on Thursday night and played Gowran Park racecourse with stirrup on hand on Friday night.

His gig in Graignamanagh on Saturday night is sold out while there are some tickets left for the concert in the Lyrath Estate hotel on Sunday, October 13. From there he heads to Australia and you can catch him in Just for Laughs At Sydney Opera House on October 2 either at the 7.30pm or at the 9pm show.