Stories of recovery can give hope to us all 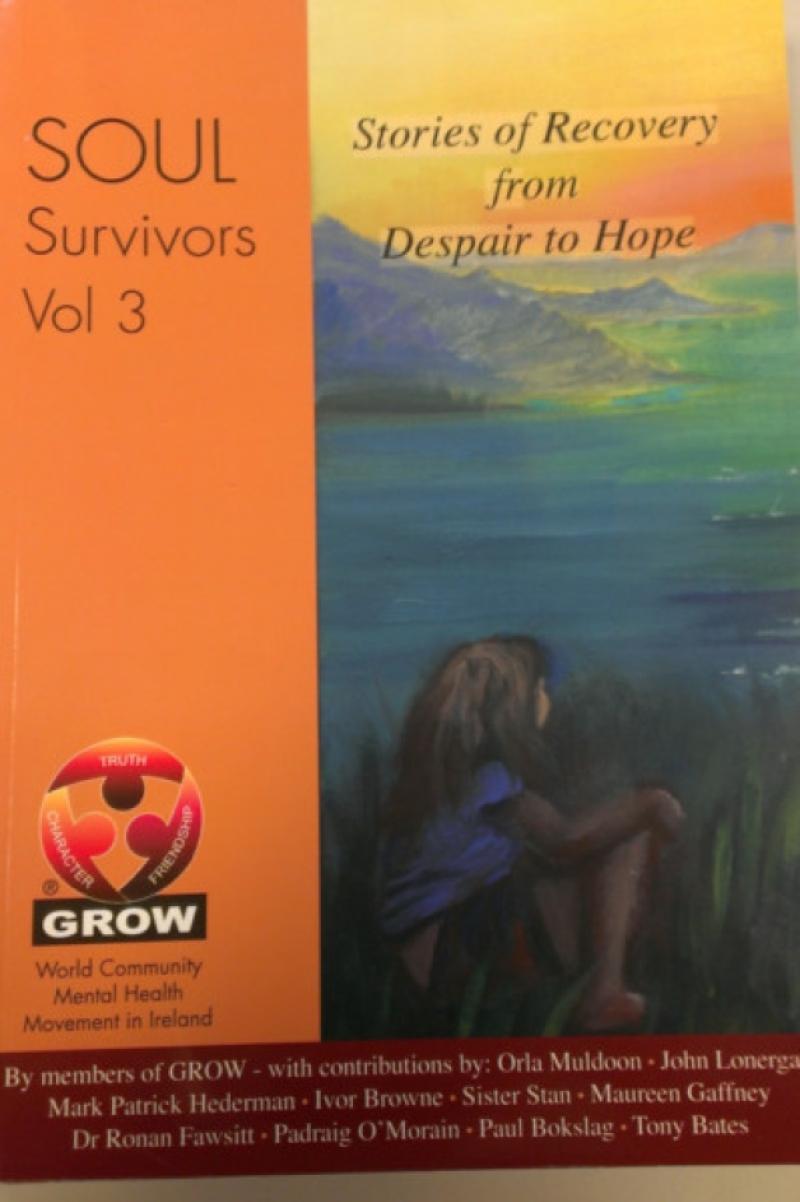 “When you have pain – when you have it so bad – you want to go into bed and not come out again” – Nell.

“When you have pain – when you have it so bad – you want to go into bed and not come out again” – Nell.

From a very early age, Nell (not her real name) was a de facto full-time carer for her disabled mother and father. Her family life was one characterised by poverty and adversity, and due to her home responsibilities, she received little formal schooling.

“If you do that, you are going down the wrong road,” says Nell, referring to her above commment.

“When you go out and meet people that have the same things as you, you have friends for life. You have someone at the end of the phone. They’re trusting you with their privacy, and you trust them.”

Nell is a member of GROW in Kilkenny. She has been writing down the stories from her life for a number of years. Writing and reading them to others in GROW has been therapeutic for her.

It has also resulted in her developing a passion for writing; she has started going to a writers’ group, and now has computer skills. It’s a situation that she could not have envisioned in years gone by, when as a child, she had to grow up much too quickly.

“I think when you do those kind of things, and you are only a child, your inner child is screaming to get out. You have to suppress that child, and you are an adult before you become a child again,” she says.

“It’s very difficult, because your inner self wants to do all the things you wanted to do when you were young. But you can’t, because you are an adult.”

We are in Ormonde Home on Barrack Street, the headquarters of GROW in Kilkenny. Around the table as well as Nell are recovery activist Dr Mike Watts, and John Rice.

It’s in advance of the book launch which took place in Kilkenny this week – a book about recovery from mental illness. Produced over three years by members of Grow in Kilkenny, it contains practical advice from people who have recovered from various forms of mental illness, including social anxiety, depression, and schizophrenia.

John Rice, the book’s editor, has been a member of GROW for the past 25 years. He says one of the reasons people stay depressed or feel stuck is a belief that what happened to them is uniquely bad, or that they have made worse choices than other people. Removing that perception of judgement is key to rehabilitation.

“When they share their stories and listen to other people, the realisation that other people have been through similar experiences – and also that when [they] share these painful memories, [they are] accepted by people and not judged or condemned – that gives a huge amount of healing,” he says.

“That’s what we are trying to do in GROW – to create an atmosphere of trust so people are able to share their stories. It can take weeks, or months or years. It can be like the layers of an onion.”

Dr Mike Watts says that the book is a new source of knowledge in the mental health system.

“Up until now, the only knowledge is the scientific theory of psychiatry that mental illness is caused by a chemical imbalance in the brain,” he says.

“This is saying that there are multiple factors. Things like Nell’s story – poverty; they reckon poverty is the biggest cause of mental illness.”

The stories are liberating, and ‘hope’ is a central theme. Mike is firm in his conviction that nobody should feel condemned to a miserable life sentence.

Giving people the belief that recovery is possible is key. But it’s a relatively new concept in Ireland mental health services, which are increasingly turning towards a ‘user-led’ and ‘recovery-oriented’ approach.

“I think, for a long time, when I was first in GROW somebody would talk about the experience of being given the label ‘schizophrenic’ or ‘manic depression’,” says Mike.

“And as soon as they were given that label, there was a sense it meant no hope for them.”

Nell agrees: “It was so dreaded,” she says.

“At one time, it was the most dreaded thing.”

The book is a worthwhile resource to anyone learning to help themselves overcome depression or anxiety, or come to terms with their own condition. There are fascinating insights into other concepts, such as acceptance of growing old, or creativity’s relevance to mental health.

The book is available only in Kilkenny from Stonehouse Books.