Tourist numbers on the up as city vies for top award 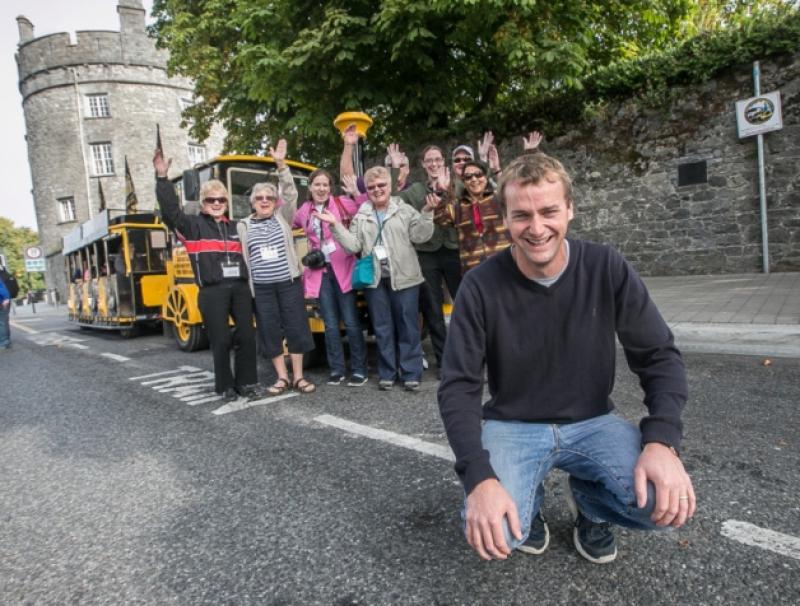 Visitors to the city’s leading tourist attraction, Kilkenny Castle have increased significantly in the past 12 months confirming that the tourism industry is continuing to flourish.

Visitors to the city’s leading tourist attraction, Kilkenny Castle have increased significantly in the past 12 months confirming that the tourism industry is continuing to flourish.

Chairman of Kilkenny Tourism, Colin Ahern explained that there has been a steady increase in visitor numbers over the past two years.

“The last 24 months have been great for Kilkenny. Bruce Springsteen playing the last date of his European tour in Nowlan Park in July in 2013 brought a massive influx of traffic online with an increase of 800 to 900%.

“This feel good factor snowballed and it was a fantastic achievement to be voted the friendliest city in Europe and the ninth friendliest in the world. The ambassador programme, which trained up 200 local people to welcome our visitors was another great success and really showed what Kilkenny is good at.

“People here are great at working together for what is in the best interests of Kilkenny,” he said adding that Kilkenny being crowned Best Tourism Town in Ireland by Failte Ireland in 2013 was the icing on the cake.

So far this year the Marble City is continuing to make positive waves and was crowned the Tidiest Town in Ireland this month.

However increasing international tourism and cementing the city as a gateway location to the Southeast are two areas that Kilkenny Tourism are currently focusing on.

“At the moment we have 75% domestic tourism and 25% international tourism and we would like to see that closer to 50 - 50. However there has been an increase in the number of North American and Canadian tourists and this is to be welcomed,” added Mr Ahern.

Ivan Sheridan, who operates the tourist train, Kilkenny City Tours said that he had seen a significant increase in the number of German tourists and added that he had ‘the busiest April and May since he started his business four years ago’.

Kilkenny is one of ten urban centres shortlisted for Failte Ireland’s Tourism Town of the Year 2014. The winner will be announced later this year.