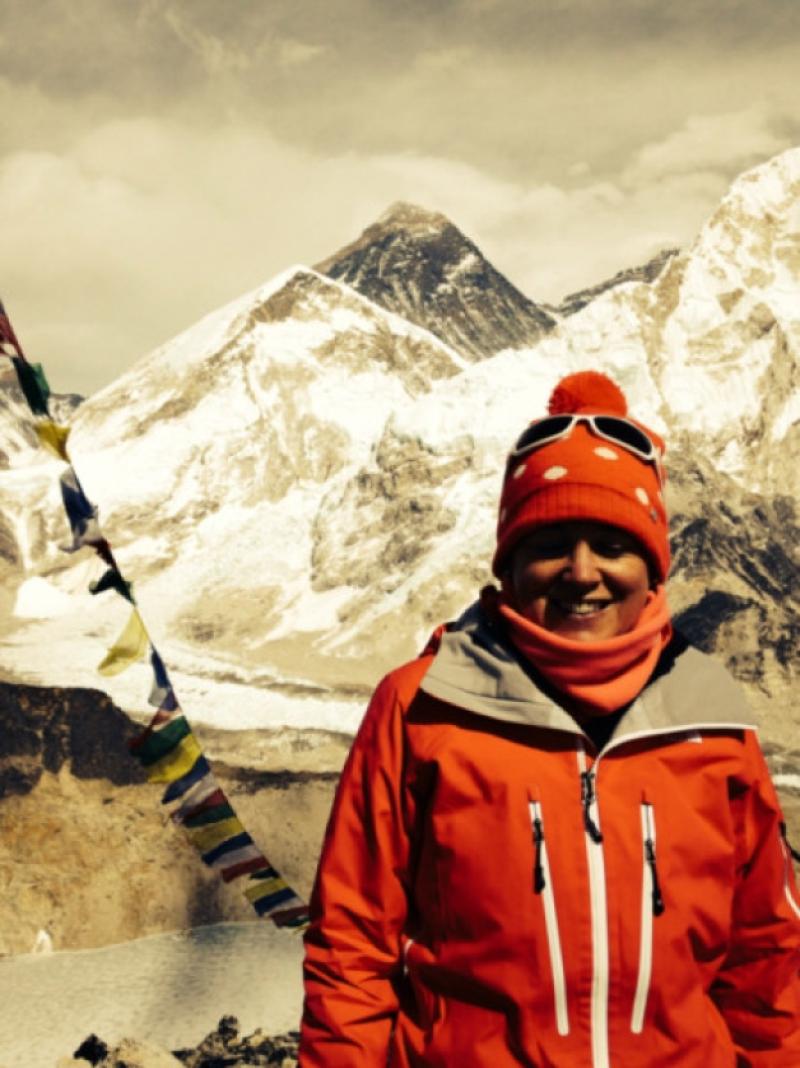 A Callan woman who climbed to the base camp of Mount Everest earlier this month to raise awareness of suicide and money for charity said she is devastated by the news that 13 people died in an avanlache on the mountain last week.

A Callan woman who climbed to the base camp of Mount Everest earlier this month to raise awareness of suicide and money for charity said she is devastated by the news that 13 people died in an avanlache on the mountain last week.

Sorcha Rowntree reached the base camp, which is at an altitude of 18,400 feet on April 1. She decided to complete the challenge in memory of her brother Oisin who died by suicide in September 2007.

“This is a cause which is very close to the hearts of myself and my family. In 2007, we lost my brother Oisín to suicide when he was only 18. He was a bright, kind, and friendly young man, not at all the type of person normally associated with mental health issues.

“This only goes to prove that we all need to be more aware of the mental wellbeing of all those with whom we come into contact everyday, and work on the compassion we feel and the help we offer to everyone around us,” she said.

After months of gruelling training 26-year-old Sorcha travelled to Nepal to begin her journey and complete one of the toughest physical challenges known to mankind last month.

“ Reaching Everest Base Camp on April 1 took far more than the physical 18-day climb. It brought me great highs but I also hit some really testing times.

“Over €12,000 has been raised for Pieta House. I hope awareness of the struggles faced by some from mental health issues, has spread. If Pieta House can counsel one person out of ideas of suicide and self-harm, then I’ll feel that a lot of training and hard work will have been very worthwhile” she said.

Last Friday, less than two weeks after Sorcha had returned home she heard the devastating news of what is being reported the single deadliest avalanche on Mount Everest.

“At 6:30am local time (2am Irish time), an avalanche swept through what is known as the “popcorn region” at around 20,000 ft (just past Everest Base Camp).

“13 Sherpa’s have been confirmed dead, three others have been flown to Kathmandu and at least seven are unaccounted for. The Sherpas had gone ahead early, to fix ropes for the climbers attempting to summit in the coming weeks.

“Ten days previously I stood at 18,500 feet, and within a very short climb from where this avalanche struck. My thoughts are very much on Everest. Before I set off many people wished me luck in “conquering Everest” - one does not “conquer” this mountain. We climb it under the mountain’s rules and at the mercy of the weather.

“The local Sherpas who climb do this as a job but they also do it out if sheer love for the mountain. They are incredibly knowledgable, giving, and generous. They have huge respect for the mountain and pride in their work. Each member of our team reached Everest Base Camp but we would not have without our Sherpas,” she said.

Sorcha decided to fundraise for the charity, Pieta House which provides a free, therapeutic approach to people who are in suicidal distress and those who engage in self-harm.

“Oisin’s death was very unexpected, he was just 18 years old when he died and he was just a normal young man. There were no real warning signs.

“I decided I wanted to do something. I has been a very personal journey but it has sparked something in me that we can all create positive change,” she added.

All the money donated goes directly to charity.

Anyone wishing to donate can do soat www.mycharity.ie/event/sorcha_roantrees_event/

Donations are also accepted at the Left Bank and the Active Club in Hotel Kilkenny.