Mrs Doyle helps deliver baby on side of the road 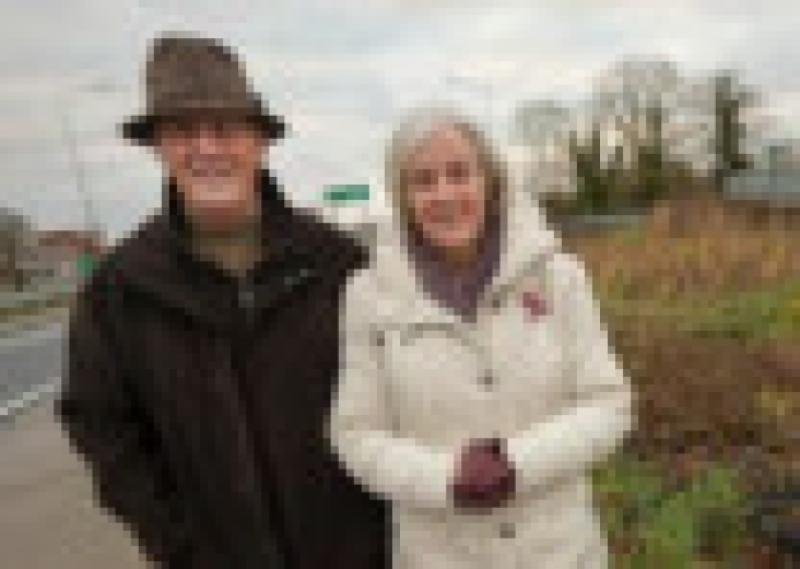 A baby girl who was delivered on the side of the road on the outskirts of Kilkenny city is lucky to be alive, according to doctors.

A baby girl who was delivered on the side of the road on the outskirts of Kilkenny city is lucky to be alive, according to doctors.

The birth took place on Wednesday night in foggy and cold conditions. The woman, a mother of three, was driving from Carlow to St Luke’s Hospital in Kilkenny shortly after 7.40pm when she started going into labour and hit a roundabout.

A number of passerby stopped, including Eamonn and Mae Doyle, who live on the road to Clara and were on the way to Dunmore. Mr Doyle, a retired garda, said a young man who had come upon the scene told him the woman had gone into labour and crashed at a roundabout as she drove in thick fog.

“At the first roundabout from the road onto the link road where the flowers are, there was a car up on the flowers,” Mae Doyle told the Kilkenny People.

“I looked over and said to Eamon, ‘there’s something wrong. That lady is in distress’.”

“I got out and went to the driver’s door, she was across the passenger seat,” said Mae.

“She said to me ‘catch my baby’, and I literally caught her baby.”

Mae, who is not a midwife, but has had four children of her own, says the car had shown it was minus two degrees out. They managed to find a blanket and wrapped the baby as best they could.

The umbilical cord was still attached as they waited for an ambulance. Eamonn Doyle had phoned an ambulance, which they say came nearly 20 minutes after the initial call.

The ambulance crew took the woman and the baby to hospital. The little girl suffered mild hypothermia and is safe and well in St Luke’s maternity unit. Her mother is said to be very grateful for those that helped deliver her seven pound girl, who has not yet been named. A doctor at St Luke’s hospital said mother and daughter were lucky to be alive.