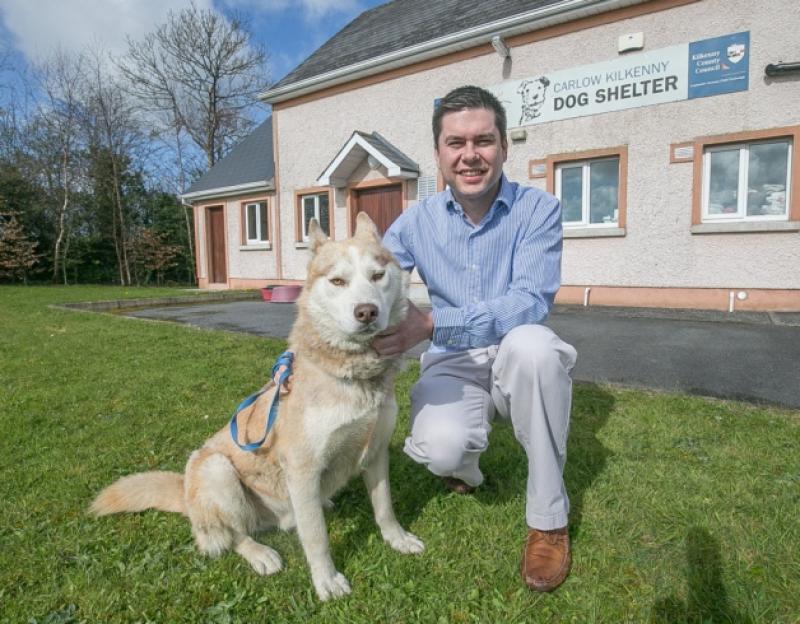 Postive, new policies look set to be implemented by the the Committee on Dog Re-homing and Welfare, which was set up to oversee the running of the local dog pound.

Postive, new policies look set to be implemented by the the Committee on Dog Re-homing and Welfare, which was set up to oversee the running of the local dog pound.

The committee was set up following peaceful demonstrations and an online petition, which has almost 13,000 signatures and is calling for the tender for the dog pound to an animal welfare organisation that will manage the pound responsibly and work with rescues and the public with integrity and transparency.

The consultative committee was set up during the transition phase from the ISPCA to the new Service Provider to assist the local authority in it’s aim to maximise re-homing.

Chairman, Mayor Andrew McGuinness who was instrumental in setting up the committee has visited the pound twice in recent days and has spoken to staff to assess what changes need to be implemented. So far this year three dogs have been put down - one because of killing sheep and two because of the disease, parvo.

Mayor McGuinness has contacted the newly-formed committee, which consists of politicans and representatives from animal welfare groups and the IFA with a number of suggestions.

Mayor McGuinness has raised the possibility of the council running the pound themselves.

“Can Kilkenny County council take over the running of the pound without a service provider? We already have the staff, system and facility and surely we would save enough money to implement these suggestions,” he said.

He said that while the staff at the pound do an excellent job there appears to be a need for more staff and asks whether it is possible to train people who would be willing to volunteer.

The Mayor points out that there is a large green area to the front of the pound that is not being utilised and asks committee members on whether they think the area should this be fenced off it could incorporate a large exercise area for dogs and a viewing area for people who are looking to home a dog.

Another issue which the committee will discuss when formulating the policies of the pound is that of people ‘surrendering’ their dogs.

“I think the committee should look at the possibility of banning surrenders as it only encourages irresponsible ownership. We also need to look at the opening hours. The pound is closed before most people finish work during the week, closed after lunch on a Saturday and not open at all on a Sunday.

“As Mark Beasley from Dogs Trust pointed out at our first meeting, the weekends are the busiest times for families looking to re home a dog. Can we look at re-structuring the hours to be more user friendly?,” he asked.

“With the addition of volunteers or if there is a possibility for an extra worker, we can surely meet the demand on this one,” he added.

* The Kilkenny People in conjunction with the committee and the Carlow/Kilkenny Dog Shelter hope to run a monthly column where we will introduce you to a number of dogs in desperate need of a loving home.