Special preview of Oscar-nominated ‘Song of the Sea’ 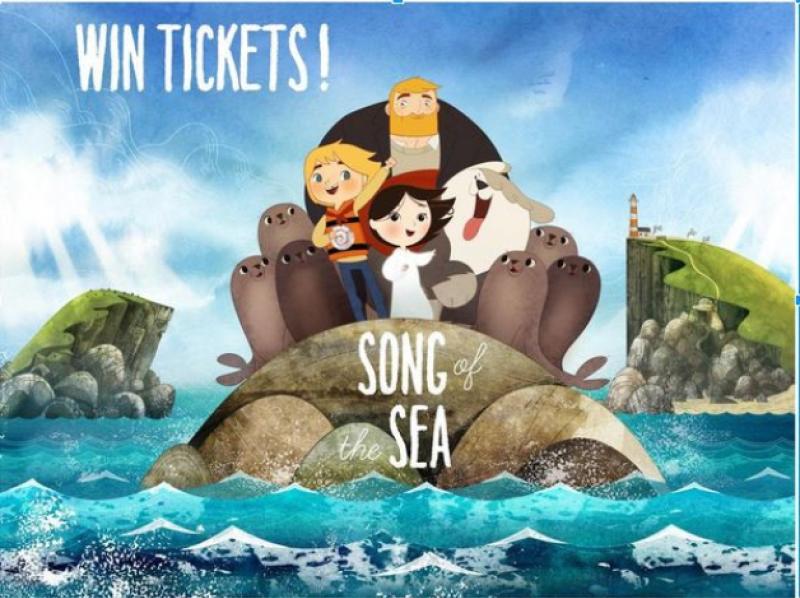 The makers of the Oscar-nominated feature film Song of the Sea are hosting a special preview of the acclaimed movie next month.

The makers of the Oscar-nominated feature film Song of the Sea are hosting a special preview of the acclaimed movie next month.

The evening will consist of a screening followed by a special questions and answers session with director Tomm Moore.

“We are delighted to be working together with the guys at Cartoon Saloon to be able to offer four family passes to go along to see the film prior to its general release.

“We want our readers to come up with their own design of a sea creature and to incorporate the Kilkenny People newspaper into their design,

“The winners will also have the chance to visit the Oscar-nominated studio and meet the team who created the film,” said Kilkenny People Editor, Brian Keyes.

Nominated for an Academy © Award, Song of the Sea tells the story of Ben and his little sister Saoirse - the last seal child - who embark on a fantastic journey across a fading world of ancient legend and magic in an attempt to return to their home by the sea. The film is inspired by the mythological selkies of Irish folklore, who live as seals in the sea but become humans on land. From the director of the Oscar-nominated © The Secret of Kells, Song of the Sea stars Brendan Gleeson, Fionnula Flanagan, David Rawle and Lisa Hannigan and has an original soundtrack by Kila.

To celebrate the general release of Song of the Sea on July 10 Cartoon Saloon and the Butler Gallery will present a multi-media insider’s view of the studio’s movie-making process with original drawings, prints, storyboards, animation and scene realisation from Song of the Sea and be able to create their own animations on site. The exhibition runs from July 4 to October 11.

The Irish premiere of the film takes place at the Galway Fleadh Film Festival on July 9 and opens in cinemas around the country on July 10.

To be in with a chance to win a family pass (four tickets) for the preview screening at the IMC cinema on Gaol Road on July 8 simply design a sea creature and incorporate the Kilkenny People in the design. Entries can be posted to Song of the Sea competition, Kilkenny People, 34 High Street or emailed to mary.cody@kilkennypeople.ie and the closing date is June 30.