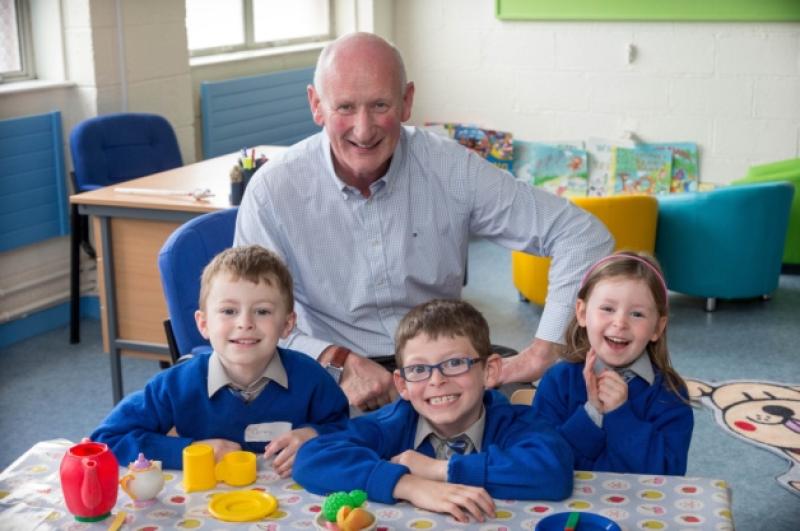 History was made at St Patricks De La Salle National School this week when the first ever girl pupil joined the school.

History was made at St Patricks De La Salle National School this week when the first ever girl pupil joined the school.

Four-year-old Jenna Dooley, whose brothers Callum and Corey attend the school is one of six junior infants who are starting in a new special unit for children with autism.

“We were approached by the Special Education Unit and asked if we were interested and we spoke to the staff here and they said absolutely, their response was very positive and there has been great enthusiasm about the project.

Since then we have liased with the Department, “ said school principal Brian Cody. The two-classroom unit, which is grant aided will open in September 2014 and a temporary unit opened earlier this month.

“At the moment we have a temporary room set up and it is absolutely gorgeous. The only other unit in the city is at St Canices National School and there is a waiting list of up to two years.

“Jenna’s family approached us and said that she was looking for a place in the unit. At present my understanding is that the waiting list in St Canice’s is two years. We said absolutely that of course she could attend the unit. It is open to boys and girls,” said Mr Cody. The unit currently has one teacher and two S & A assistants.