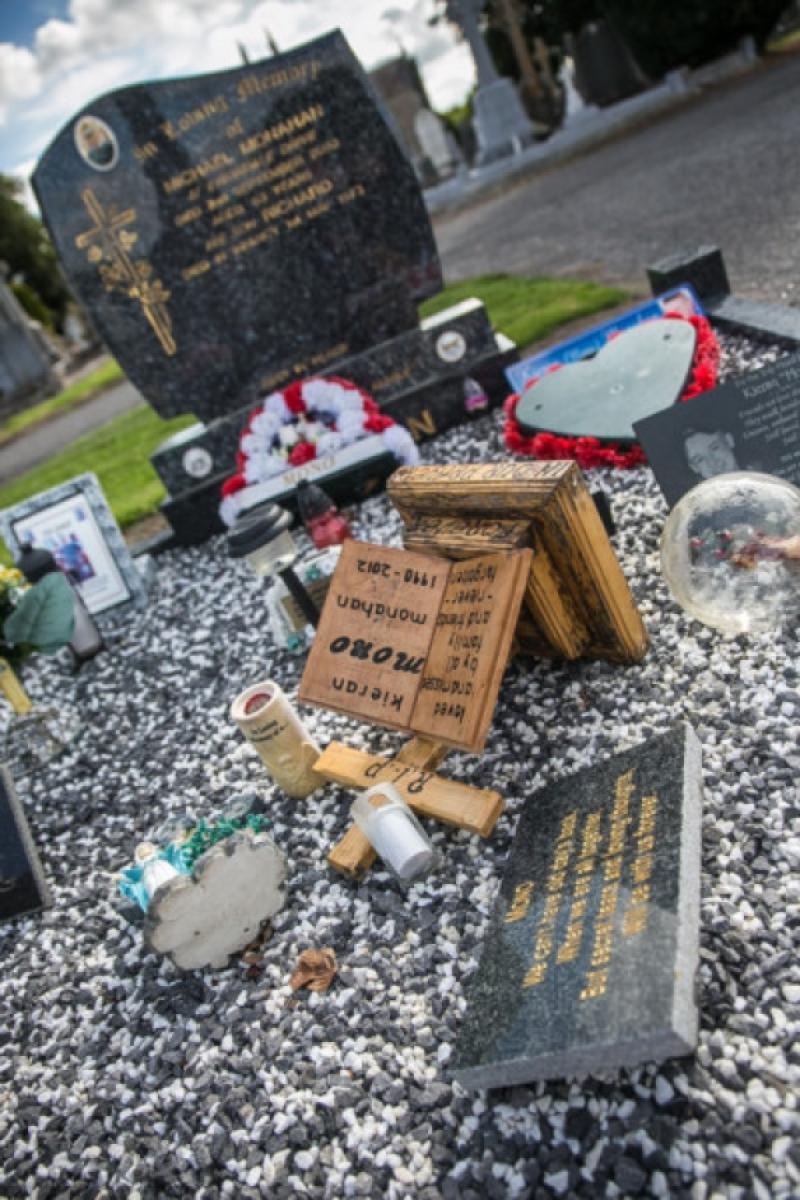 The family of a man who was stabbed to death at a house party in Larchfield Court in the city have condemned an act of vandalism on his grave.

The family of a man who was stabbed to death at a house party in Larchfield Court in the city have condemned an act of vandalism on his grave.

Last Tuesday family members visiting the grave in Durrow were horrified to discover that the grave of Kieran Monahan has been interfered with.

“It was really awful, whoever did this is sick. It is not fair on my family. They have gone through hell for the past 18 months and we will for the rest of our lives. It is not Kieran they are hurting by doing this but it is us,” his sister Susie said.

Kieran Monahan (21) from Durrow, Co Laois, died following a stabbing incident in Kilkenny in the early hours of Feburary 15, 2012.

The suspect, a main in his thirties will not face prosecution and there is speculation that the Monahan stabbing could be the first time the Criminal Law (Defence and Dwelling) Act 2011 has been applied. The act clarifies the legal situation concening the use of force by a householder when it comes to an intruder and states that a person may use reasonable force to defend themselves there.