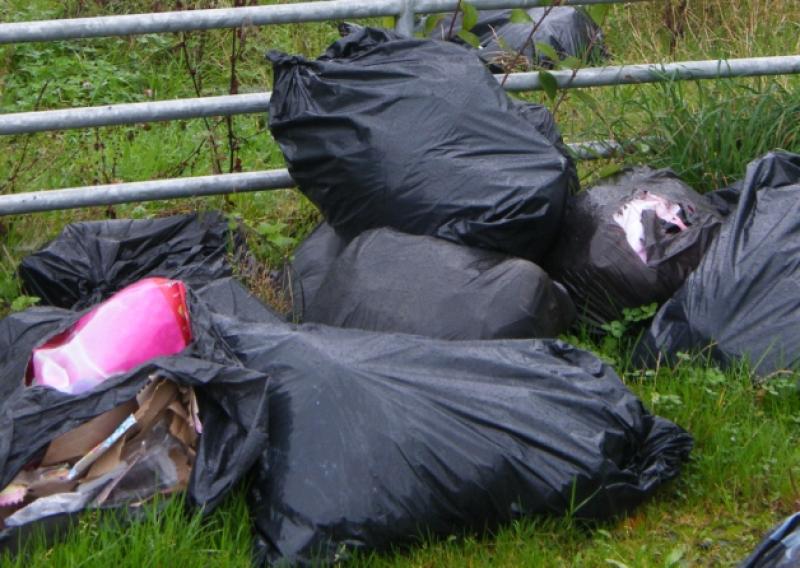 Jan Dragon of Clonkill, Callan, Sharon Commane of Graignamanagh, and Roseanne Harty of Mallardstown, Callan were all prosecuted. Each had been given the opportunity to settle their offence under the Litter Pollution Act with a fixed penalty notice of €150, but failed to do so before each matter was referred to court.

Kilkenny County Council brought the cases against them in their ongoing efforts to deal with the issues of littering and illegal dumping. The litter offences were all carried out in recent months.

The cases were heard before Judge Eamon O’ Brien in Kilkenny District Court and each received a fine, along with enforcement and legal costs leading to penalties of up to €1,200 each. The offences ranged from a driver of a vehicle dumping two bags of waste on a public layby, the dumping of a bag of household waste at public bottle banks and the fly-tipping of number of bags of domestic waste on a roadside verge.

Kilkenny County Council’s enforcement team uses a variety of methods, including a large number of CCTV cameras to detect these offences. So far this year, 187 litter fines have been issued and 13 cases have initiated prosecution proceedings.

“Litter is a persistent problem and Kilkenny County Council has stepped up its enforcement action accordingly in recent years.”

“It is also disappointing to see electrical items being dumped by the roadside,” says Bernadette Moloney, Environmental Awareness Officer.

“Numerous free electrical collections take place around the county throughout the year, electrical shops operate a free take back scheme and Dunmore Recycling Centre takes electrical items for free all year around, yet electrical items are still being dumped by the roadside.”

Illegal dumping on public lands should be reported to the litter line on 1800-200156.