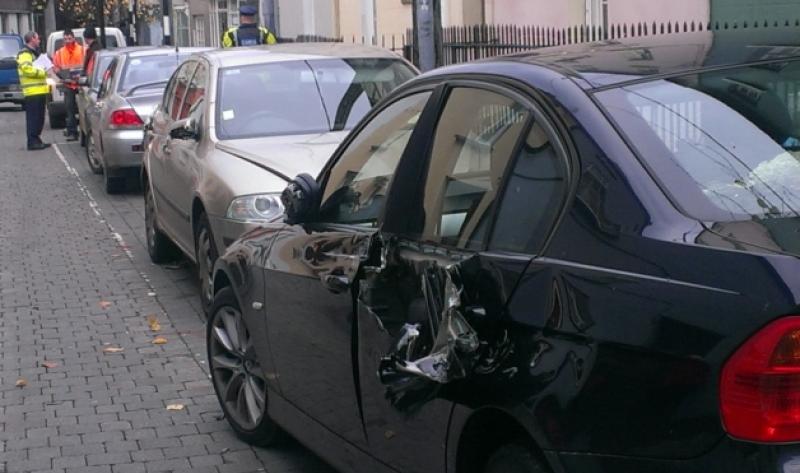 A delivery truck wreaked havoc on William Street this morning, causing damage to five different cars along the length of the narrow city centre road.

A delivery truck wreaked havoc on William Street this morning, causing damage to five different cars along the length of the narrow city centre road.

Business owners and pedestrians looked on in disbelief as the lorry drove up on the footpath of the small, normally quiet street – but still managed to sideswipe the cars on the other side of the road. Even after hitting the first vehicle, the driver continued in his path of destruction for another 50 yards to the end of the street.

A BMW, a Mitsubishi and a Skoda were among the vehicles on the receiving end of the damage. Wing mirrors were smashed, side panels torn asunder, and body work ripped like paper as the lorry – a catering company vehicle – rumbled on.

At one stage, having hit the first car, the lorry dragged a second car along into another vehicle, until that was eventually brought to a halt by a street sign.

Gardai were quickly on the scene as concerned members of the public and the owners of the cars attempted to confront the truck’s driver. It’s understood it may have been his first day on the job.

No one was injured in the incident, and Gardai are working with the relevant car owners and the truck’s driver to resolve insurance issues.