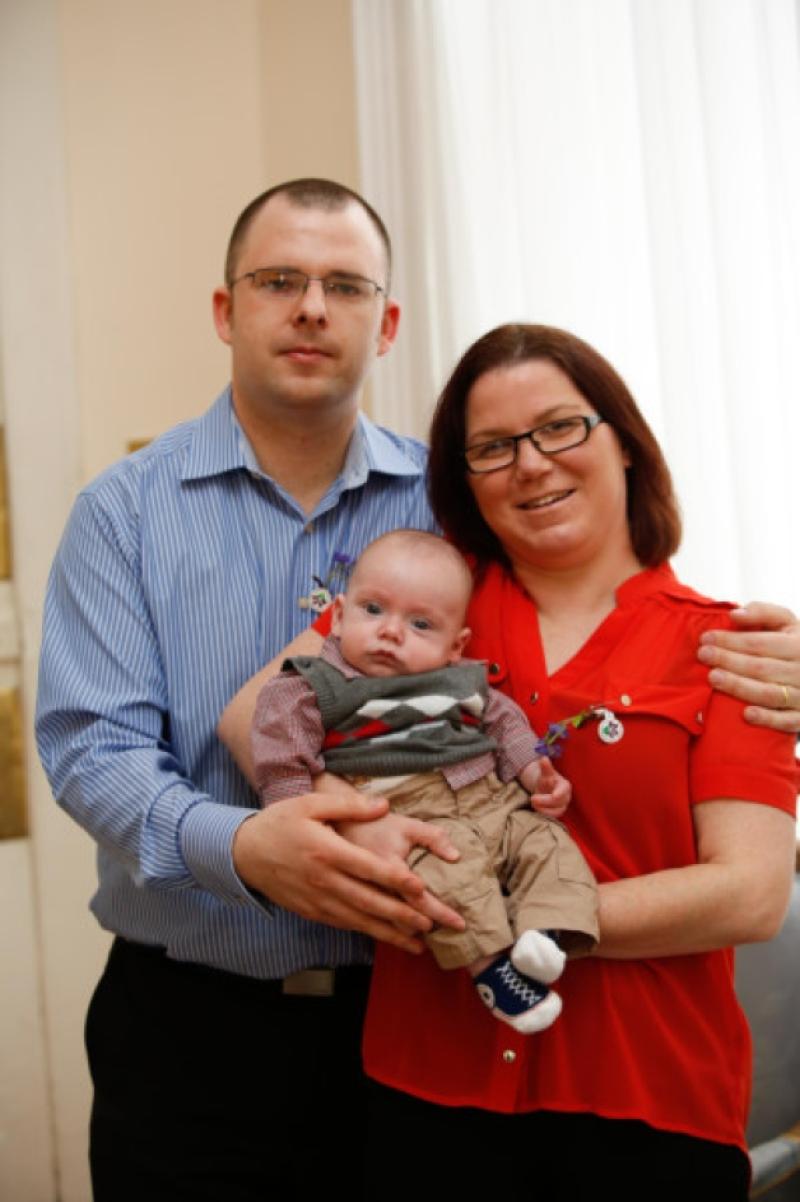 A Ballyragget woman who had a double kidney transplant and recently gave birth to her baby son is urging people to carry donor cards.

A Ballyragget woman who had a double kidney transplant and recently gave birth to her baby son is urging people to carry donor cards.

Emma O’Sullivan from Ballyragget underwent her first kidney transplant in 1998 and a second one in 2001.

On December 1 of this year she gave birth to baby Ewan.

Emma and her husband John attended the launch of Organ Donor Awareness Week 2014 which is organised by the Irish Kidney Association and runs until April 5.

“If I didn’t get the transplant then my son would not be here. I would encourage everyone to carry donor cards and to speak to their family about their intention to donate their organs,” she said.

“Every day I think about my donors when I look at my two children. I wouldn’t be here without them,” said Deirdre who is believed to be the only woman in the world to carry a successful pregnancy after undergoing a heart, double lung and kidney transplant.

Deirdre is understood to be the only woman in the world to receive a heart, lung and kidney transplant and go on to have a successful pregnancy.in her case twice as she has two daughters, Ruth (3) and Abbie.

A record number of organ transplants were carried out in 2013 despite having the same number of deceased donors as ten years previously.