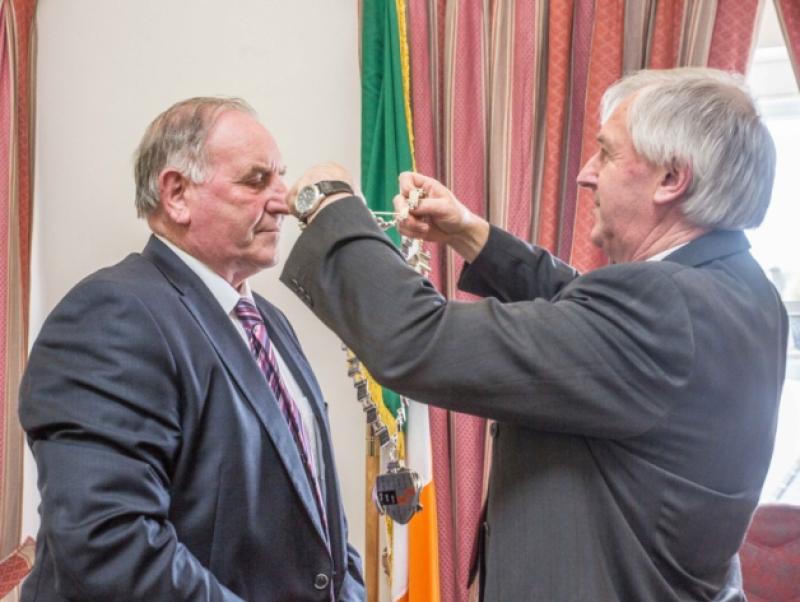 The details of the political pact between local Fianna Fail and Fine Gael councillors have begun to emerge, as the two parties elect their members to a variety of positions on the council and special committees.

The details of the political pact between local Fianna Fail and Fine Gael councillors have begun to emerge, as the two parties elect their members to a variety of positions on the council and special committees.

The deal is understood to have been done in advance of last Friday’s first meeting of the new county council. At that meeting, a Fianna Fail cathaoirleach and leas-cathaoirleach were elected unopposed.

It’s believed that the cathaoirleach position, which carries an additional €20,000 allowance, will be held three times by Fianna Fail councillors, and twice by Fine Gael councillors over the council’s five-year lifetime. The position of chair of the city ‘municipal area’ (a de facto ‘Mayor of Kilkenny’) has been carved up in a similar manner. This position, which will be officially voted on next Monday evening, features an allowance of €12,000.

The chairmanships of the Castlecomer Area and the Piltown Area, both yet to be officially voted on, are expected to likewise be held by three Fianna Fail councillors and two Fine Gael councillors over the course of the next five years.

At last Friday’s meeting, the councillors also voted to elect chairs to the five Strategic Policy Committees (SPCs). The role of SPC chair has an extra allowance of €6,000.

Fianna Fail councillor Eamon Aylward was proposed to chair the fifth SPC, but this was challenged by the two Labour Party councillors, and the decision has been deferred for the moment.

The pact has been criticised by both Labour Party and Sinn Fein councillors.

“I don’t wish to be negative, but I want to voice our opposition to the pact system,” said Cllr Kathleen Funchion (SF).

“I believe we should have a fairer system, and hope that one day we will have one in Kilkenny County Council.”

Cllr Maurice Shortall (Labour) said they had not opposed the election of the council cathaoirleach and leas-cathaoirleach because of simple mathematics. He said there was now a clear divide in the council whereby the ‘two largest conservative parties’ were dominating proceedings.