Raising awareness on the effects of homicide on our community 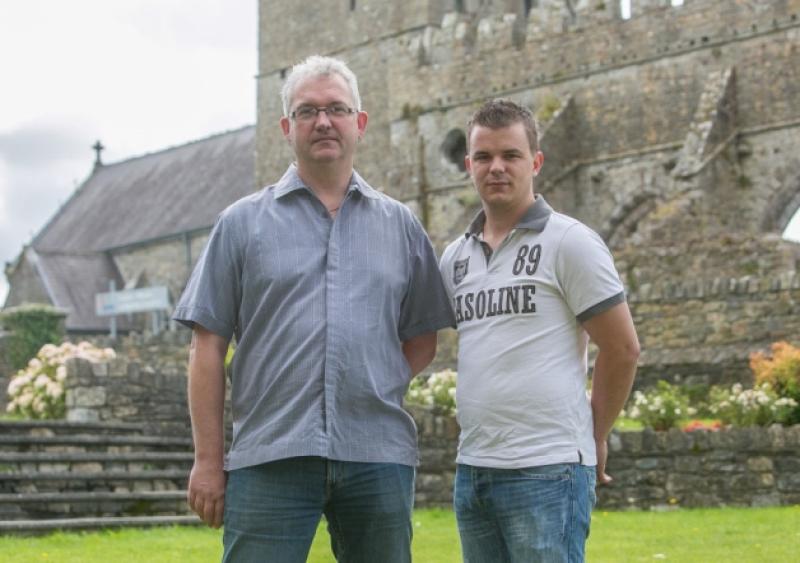 ‘No one expects to be writing a victim impact statement about the death of a loved one at 2am some morning. No one would like to go there, it is just too horrific,’ said John Whelan, the brother of Sharon who was murdered along with her two young children - Zarah and Nadia on Christmas morning 2008.

‘No one expects to be writing a victim impact statement about the death of a loved one at 2am some morning. No one would like to go there, it is just too horrific,’ said John Whelan, the brother of Sharon who was murdered along with her two young children - Zarah and Nadia on Christmas morning 2008.

John is currently the chairman of AdVic, a charity that provides support to the families of homicide victims. The charity is holding an information day and a fundraising social evening in the Rivercourt Hotel on November 1 to celebrate the lives of those who have been murdered.

There have been 26 victims of homicide in the Carlow/Kilkenny area since 2003 and the charity offers free counselling and support for those who are left behind.

“To have a group like AdVic that offers proper support and help is so important. Mam and Dad are learning to cope - they are existing but not really living but they focus on their sons and daughter and eight grandchildren.

“Part of their daily routine is to go down to the grave each morning and some evenings. It is a way of keeping some form of contact. Sharon and the girls are present everywhere. The grave can be seen from the back of the house and they can see where Sharon used to live,” said John.

“AdVic has been a brilliant support to us as a family. After the murders we became aware of it’s existence through our garda liasion officer, who was a great help and AdVic provided us with huge support around the court and also with counselling. To have a group which offers proper support and help is so important,” added Mr Whelan.

Currently Advic only receive €25,000 in government funding and the fundraiser in the Rivercourt next month is essential to raise the monies needed to enable the support and services to continue in the Kilkenny area.

“When you consider that only €25,000 is spent by the Government on supporting the families of homicide victims while €3.8 million is spent in prisons on tuck shops and saving schemes for prisoners and other such things,” added Mr Whelan.

Just weeks after the treble murder of his family members John Whelan was sitting just yards from the man who had murdered his sister and then some hours later murdered his two nieces.

“It was a horrendous experience in court. When Hennessy (the man convicted of the three murders) was brought in he was sitting less than 20 metres away from me and he showed no remorse.

“No one has ever come and told me who he is serving the sentence for (Hennessy was initially sentenced to three life sentences to run consecutively but this was reversed on appeal to a single life sentence). Up to six hours may have passed after Sharon’s murder and before the girls murders and the law does not recognise these as two separate acts.

“The law is all about the perpretrators rights and not of the families of their victims. We need to change the sentencing in relation to homicide and we are hoping to come before the All-Party Justice Committee in November. We have been looking for this meeting for years and now it appears finally we are being listened to,” he said.

“People can go for parole now after seven years although it is very rare that someone would be released. To allow someone to go for parole after seven years who has been convicted of three murders brings back all the pain and rawness for the family. The State should prevent families from having to go through this heartache. With the way that sentencing is now there is no deterrent out there at the moment.”

AdVic are campaigning for a mandatory minimum tariff of 15 years in the case of murder, with an upwards increment including the option of a whole life tariff without parole.

The role of the charity’s fundraiser is to provide and fund services and to help fund a legal campaign and to raise awareness and to bring about long lasting change in relation to sentencing.

“Nothing can bring Sharon and the girls back. Life is the most precious thing we have and those who choose to take it away deserve stronger sanctions. In the case of Sharon and the girls, a change in sentencing won’t make any difference as the law cannot be applied retrospectively but for the next family it could and changes in sentencing would make our society a safer place.”

Ronan Quinn, the son of Christine Quinn who was murdered in her home in Greenfields in the city 12 years ago is also involved in the charity which actively campaigns for tougher, minimum, mandatory sentencing. Ronan has also set up in his petition for reform of ‘life sentences’.

“Mark Costigan (the man convicted of his mother’s murder) was up for parole last February after serving nine years. He was declined parole, but he will be back up for it in three years time. It is a life sentence for the families of victims not knowing how long murderers will stay in prison,” he said.

“I know that a lot of people who have been affected by murder, manslaughter and fatal assaults would be lost and probably dead through sucide without a brilliant charity like AdVic. It is really the only place in Ireland people can turn to during one of the most traumatic times a human being can experience dealing with homicide as every member has been through the same emotions and process. More needs to be done by the government to fund and listen to AdVic’s cause. Again the offenders of these crimes get more financial help through courses in prison but AdVic only receive €25,000 per year which is a drop in the ocean to what is needed to protect vulnerable people.

“AdVic provides a free specifically trained homicide counselling service to all families dealing with homicide who want it. It also protects and informs victims families of their legal rights and guides them through the legal process in the Irish judicial system. I firmly believe that we need to come together as a country and demand to have a tougher stance on the sentencing system in Ireland to curb the spiraling homicide rates.

“A one sentence fits all is very little deterrent when offenders know they can be up for parole after seven years. Prison is viewed by some offenders as luxury. That also needs to change to actually deter those who carry out these heinous crimes. Offenders should fear prison.

Mr Quinn also stressed that families of the victims are not listened to properly.

“My question to the State and prison service would be how can someone be rehabilitated after seven years when it isn’t even mandatory to engage with programmes but still automatically prisoners are given a parole hearing.

“It seems as always that the government is more interested in protecting prisoner rights but what about the victim’s rights. The time has come to stop punishing the victims families putting them on the back burner and support them by listening to the families who have been through it first hand and who deal with the true life sentence in this generation and the next. The system is broken and needs a major overhaul.

The Advic fundraiser will take place in the Rivercourt Hotel on November 1 at 8pm with music by Bench Warrant. Admission is free and there will be a raffle. People are asked to come along and show support to Advic and to the families and friends of victims of homicide. The evening is aimed at celebrating the lives of loved ones who were taken and raising awareness and funds for the the charity to enable it to continue it’s services locally. Earlier in the day at 2pm, counsellor Brid Carroll will deliver a talk on traumatic loss and how to deal with it. Admission is free and all are welcome.