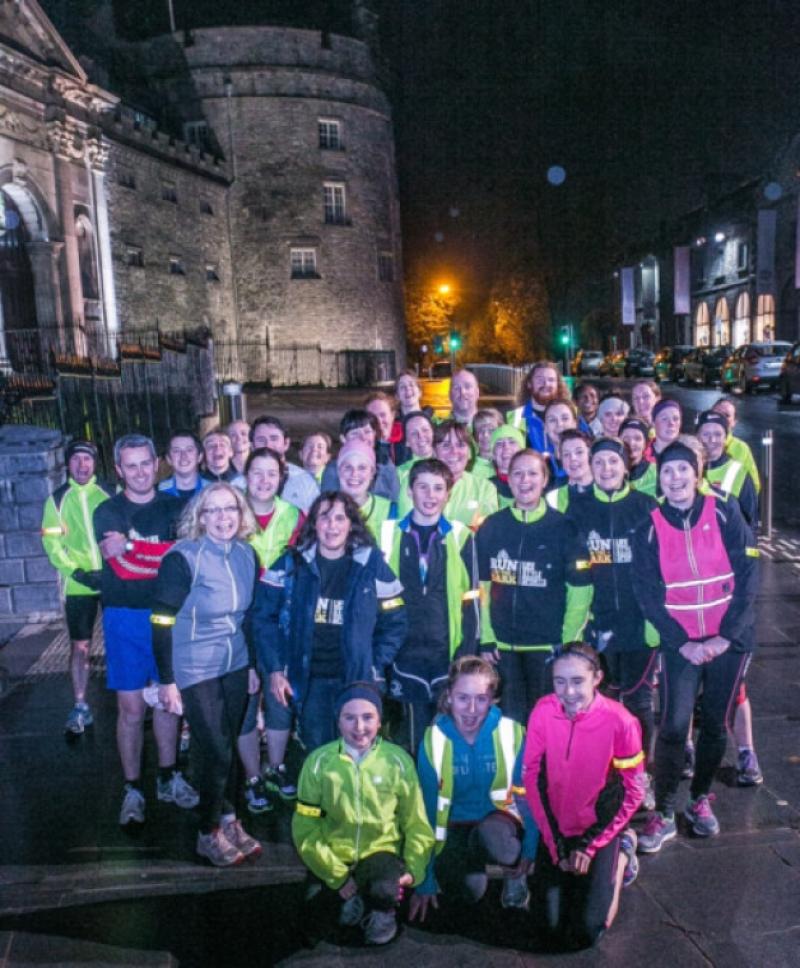 Over 50 runners braved the elements last Wednesday night when they participated in Run in the Dark Kilkenny and raised funds for the Mark Pollock Trust.

Over 50 runners braved the elements last Wednesday night when they participated in Run in the Dark Kilkenny and raised funds for the Mark Pollock Trust.

The run took place in locations across the seven continents to raise money for spinal injury research.

Mark became blind at 22 and showed huge strength of mind, body and spirit competinh in ultra endurance races across deserts, mountains, and the polar ice caps including an epic two month expedition race to the South Pole. He won silver and bronze rowing in the Commonwealth Games. In July 2010 a tragic fall left him paralysed and Mark is now exploring the frontiers of spinal cord injury recovery.

The Kilkenny run was organised by Gabrielle Balwin who is the cousin of Mark’s partner Simone.

“It was a great success and I am delighted with all the support. People were brilliant, especially the tea, of volunteers. It was wonderful to see such goodwill.

“On a personal level it was wonderful to hold this event. I have met Mark on several occasions and his positive attitude and strength is an inspiration to us all,” she said.

Gabrielle also had siblings involved in organising the run in Singapore and Capetown and her sister Marcella took part in the Dublin run.