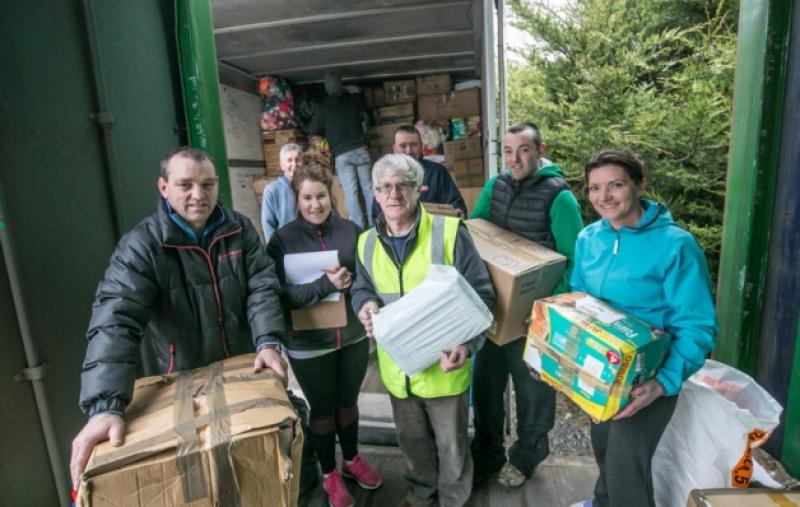 There has been a terrific community response to help out the Chernobyl Kilkenny Outreach Group following a sickening incident on Sunday in which the group’s truck was broken into and ransacked.

There has been a terrific community response to help out the Chernobyl Kilkenny Outreach Group following a sickening incident on Sunday in which the group’s truck was broken into and ransacked.

The truck, which was laden with over €100,000 worth of donations including children’s shoes, clothes, and toys, was parked at the Hebron Industrial Estate at the time. Irish Volunteer of the Year, local man Jim Kavanagh was planning to drive it to a poverty-stricken region in Belarus this Sunday.

Gardai happened upon the vehicle as it was being ransacked. A man in his early 20s was arrested at the scene, and he has since been charged.

Jim told the Kilkenny People that much of the contents were turfed out on the ground, and some items are missing.

“It was a total unholy mess,” he said.

“Apart from the wanton destruction and damage, there are around 10,000 nappies missing.”

A number of donated items are reported to have been damaged. Some shoes and toiletries may also have been taken; such was the mess that volunteers are still going through the wreckage trying to work out what is gone.

When pictures the incident were posted on Facebook, the response from people was heartwarming. The group was inundated with offers from locals to help sort out the mess.

“We are out here at the moment trying to sort it,” said Jim.

“They are a right bunch here, the response has just been brilliant.”

He is still planning on making the trip this Sunday, but could yet face another challenge as the cargo manifest was sent some weeks ago. Customs in Belarus will be quite stringent, and there may be a problem with a changed cargo.

Gardai have said their investigation into the incident, which took place around 2pm on Sunday, is ongoing. Anyone who may have seen anything in the area at the time can contact Kilkenny Gardai on 056-7775000.