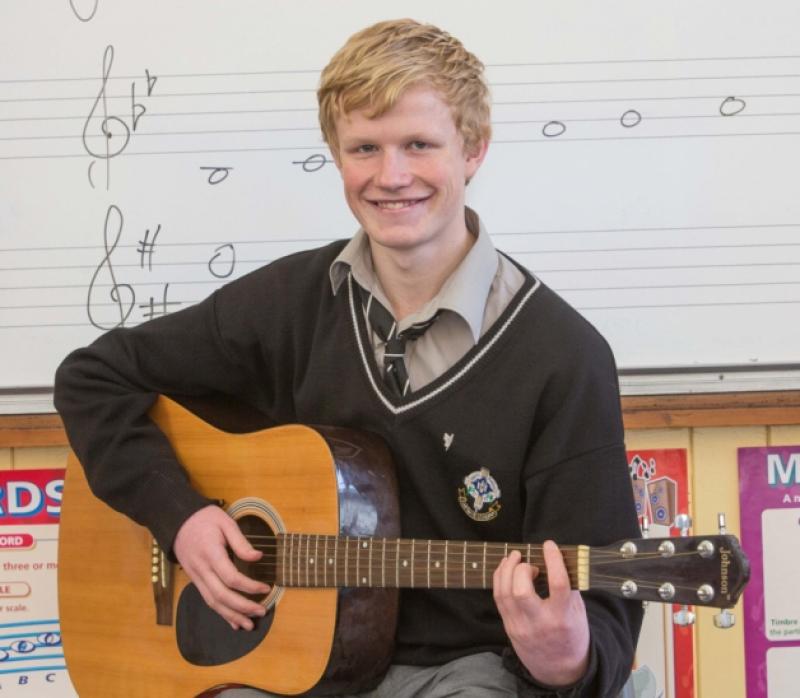 A young man who penned a poignant song as a tribute to his mother will record his first single at the world-famous Windmill Lane Studio in Dublin this morning (Wednesday).

A young man who penned a poignant song as a tribute to his mother will record his first single at the world-famous Windmill Lane Studio in Dublin this morning (Wednesday).

Alan Hayes and his mother Angela captured the hearts of the nation when they spoke out about the pain of suicide and shared the experience of losing two family members to suicide.

Alan’s father Tommy died in 2002 and his 19-year-old brother Thomas took his life in 2011. The Hayes family hope that by telling their story more people will feel able to speak up about mental illness.

17-year-old Alan, who is a fifth year student at St Kieran’s College was contacted by broadcaster Ryan Tubridy live on air on his radio show and was told that he will be able to record the song for a charity of his choice in Windmill Lane studio, made famous by U2 and recently played host to Lady Gaga and Beyoncé.

“Windmill Lane want to offer you the chance to record it professionally and then you can release it on iTunes and donate the proceeds to a charity of your choice,” Ryan told him.

Alan, who has been singing all his life and plans to study music at university and become a full time musician was delighted with the opportunity. “I was delighted and shocked,” he said.

“I have been singing all my life - I was involved with Jesters and my first performance was playing the part of Tiny Tim in Scrooge when I was eight.

“One of the first songs I learned was The Auld Triangle, my Dad taught it to me when I was three or four.

“Dad loved music. He gave me a book with all Irish folk songs in it. I love the likes of Finbarr Furey and The Dubliners.”

Alan’s talent has been recognised locally for a number of years and he is well known for her rousing rendition of The Rose of Mooncoin at the five past homecomings of the Kilkenny hurling team.

Survivor, the touching and poignant song he penned as a tribute to his mother’s great strength was written in a single day and it is the first song that Alan has written and composed.

“I want to study music and to write and sing professionally. I can’t wait to get in the studio, it is very exciting.”

All proceeds from the single will be donated to a charity to be nominated by Alan.

The youngster was also full of praise for the staff and his fellow students at St Kieran’s.

“They have been full of support and I want to say thanks,” he said.

Famous clients of the Windmill Lane Recording Studios have included artists as diverse as U2, The Script, Lady Gaga,The Rolling Stones, David Bowie and Kylie Minogue.