Out for the count: Drama, rumour and a lot of waiting around 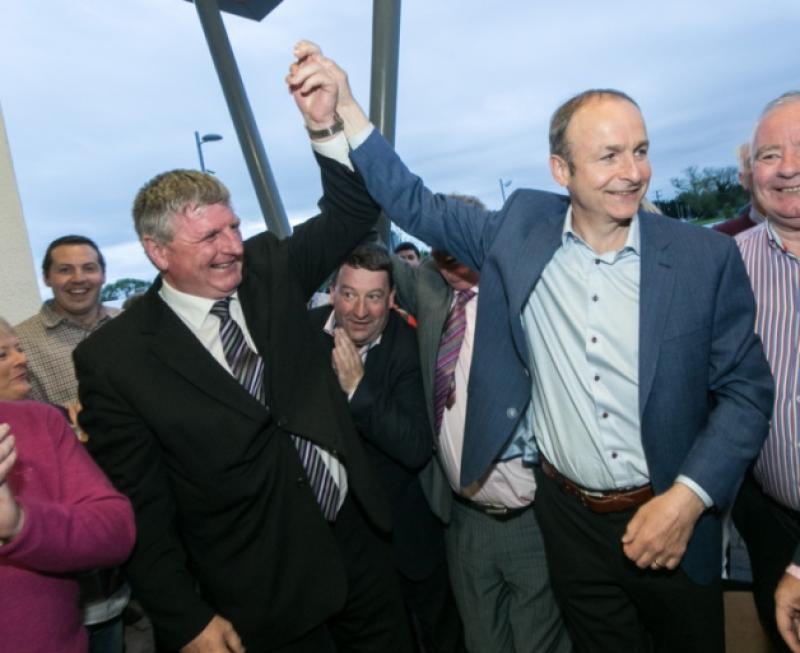 With Fossetts Circus positioned at the entrance to Cillin Hill where Saturday’s count took place, the most obvious jokes were inevitable and unavoidable.

With Fossetts Circus positioned at the entrance to Cillin Hill where Saturday’s count took place, the most obvious jokes were inevitable and unavoidable.

The real circus was, of course, inside the Hub, and certainly it was also intense. Politics brings out the best and the worst in people.

A by-election count is like nothing else. One seat up for grabs. In this case, a few hundred people – backing one of 13 different horses, having worked hard for months to outdo one another on the doorsteps – and now mixing and mingling in the one room.

The atmosphere is thick and charged. Gossip and rumours snap around like electricity, and people wander around with a half-crazed look which becomes more noticeable as the day goes on and the tension builds. There’s mind games and gamesmanship.

You see councillors and loyal party men (and women) who’ve spent the past three months shuffling up and down every boithrin and backroad. Some of them are bright and full of chat, knowing their area’s tally was a strong one, others slumped and reticent if it looks like they haven’t delivered the goods.

All the waiting. Boxes were opened from 9am, but it was after 5pm by the time we had a result on the marriage equality referendum. (It was 9pm before we heard on ‘that other referendum’.)

And the by-election – when would we have the first count? “Could be four or five o’ clock,” ventured more than one ‘expert’. It turned out it would be 7pm. Delay due mostly, we were told, to the extraordinary number of spoiled votes – over 2,000. Compare that to the 2011 General Election here, where there were just 821 votes spoiled. This was in part attributed to voters concerned singularly about the referendum and uninterested in the candidates.

As for those candidates, the timing of their arrival can reveal a lot. Some stayed away from the early drama altogether, spending the morning in bed, playing a round of golf or watching a hurling match. Others came and went throughout the day.

Bobby Aylward arrived at lunchtime with the tallies looking good. His ‘cautious, but optimistic’ soundbite was a little bit of meat for the hungry hacks who are obliged, thanks to the nature of modern media, to provide an online update every picosecond. Fianna Fail director of elections Barry Cowen was quietly confident.

Then, a rumour that ballot boxes from Carlow and from Kilkenny City had gone missing. In 1981, a missing Rathanna ballot box turned up and decided the Nolan/Gibbons race in this very constituency.

But as things were ironed out, further counts came and more candidates eliminated, it was becoming increasingly clear that Aylward’s lead was unassailable. Fianna Fail leader Micheal Martin arrived just before 9.30pm with the fourth count under way.

Kauto Star won the Cheltenham Gold Cup in 2007, lost it in 2008, and came back to win it again in 2009. Micheal, leading his own comeback kid steeplechaser into the enclosure, gave an ‘almost victory’ speech to roars of approval from frenzied supporters.

The result was as good as got, but the show went on for many more hours. There ought to have been clowns.