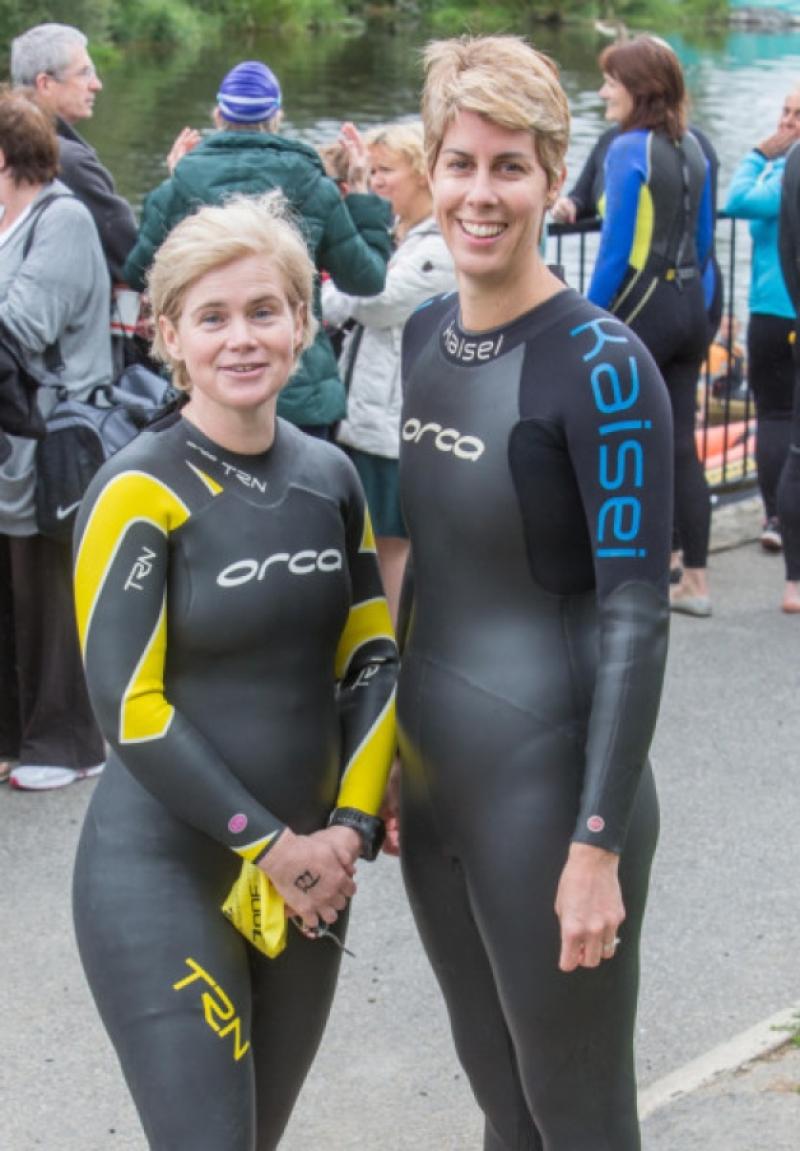 Over 100 people took part in this year’s Nore Swim from below the city library to under John’s Bridge in the centre of the city.

Over 100 people took part in this year’s Nore Swim from below the city library to under John’s Bridge in the centre of the city.

In ideal swimming conditions, it was won by 16 year old, Jordan Sexton, whose father James is from Bagenalstown.

However he was outshone by 89 year old Billy Dalton, Freshford Road, Kilkenny who completed the 750 metre route without difficulty belying his years and putting younger participants to shame.

He arrived with only minutes to spare wearing a blue dressing gown and he was immediately surrounded by family members.

This year’s swim was a family occasion - Denis Brennan, originally from The Sycamores was supervised by his mother, the legendary Sheila Brennan who was also minding her grandson, Harry, Denis’s son. Sheila’s daughter Jackie Treacy also took part with her hubbie, Philip, roaring her on from the safety of the bank.

One of the chief organisers Mick Power of Kilkenny Water Safety was represented by his brother Noel and his son in law Ken Bartley whose wife Dee and her sister Maeve watched on, bringing a bit of glamour to the occasion.

Another man who was surrounded by family was local builder Paddy Kelly. The popular 57-year-old is in great shape and told the ‘People he has never missed the race.

At the start of the race, a metal tramp, constructed by the contractors of the new bridge over the Nore as part of the (CAS) was manned by Mary O’Sullivan, John Claffey and Sue Cook where fabulous Niamh McCullogh made a graceful entry. Cmdt Canice Brennan; publican Don Egan and Laurie Grace, Callan were others who added a bit of colour to the occasion.