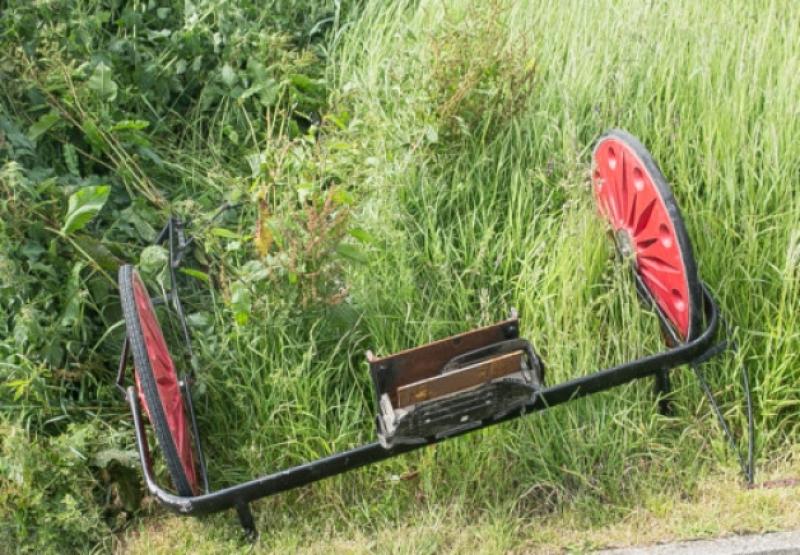 There has been an unprecedented expression of outrage from the people of Kilkenny after the brutal death of a horse on the side of a road near the city last Sunday afternoon.

There has been an unprecedented expression of outrage from the people of Kilkenny after the brutal death of a horse on the side of a road near the city last Sunday afternoon.

Hundreds of people took to social media sites to voice their outrage over the incident, and to share and comment on the story. The Kilkenny People website was inundated, with the story attracting over 32,000 views in a matter of hours.

A vet had to be called to euthanise the animal, which smashed into an oncoming vehicle having broken free from a sulky on the Waterford Road. The incident happened at approximately 2.20pm close to Kilkenny Rugby Club, where it’s understood sulky racing was taking place.

Gardai were alerted and immediately went to the scene, but the driver of the sulky had left. The horse’s carcass was removed by the council at 9.50am on Monday morning.

“Enough is enough. This poor animal is just one of the many who will suffer through this barbaric practice and how long before someone is killed or seriously injured?” wrote one reader.

A statement on Sunday from Kilkenny SPCA said:

“Kilkenny SPCA were saddened to hear of the unnecessary death of another horse while sulky racing on the Waterford Road in Kilkenny today. We call on the authorities to ban this cruel type racing from all public roads in Kilkenny City and county and not wait until another horse has to die.”

The vice-chairman of Kilkenny County Council Pat McKee is to meet Kilkenny SPCA today (Thursday) to discuss what can be done to address the issue.

Below are some more readers’ comments from the social media site Facebook. All comments can be viewed online on the Kilkenny People’s Facebook page.

Paul Doyle - “Passed 5 of them alone the ring road today, disgusted that they left the scene and left the horse there, no respect for the animals at all!”

Eugene Dewberry - “Shouldnt be allowed to have animals and probably not chipped another broken law that they get away with as usual.”

Pat James MacFadyen - “So sad... hope the find the driver of the sulky!! & throw the book at him for leaving the scene!!”

Ciara O’Neill - “Disgusting. So upsetting. And yet it’s just accepted. Why are the animal welfare laws even there.. nobody cares. At least that poor horse is free of horrendous torture now.”

Shaneen Reilly Moylan - “They should not be let keep any sort of animals at all even if it’s a rat. How dare they just leave it there the poor animal just left to suffer severe pain until the vet arrived ;( they need to be banned of the roads completely).”

Mags Hennessey - “Where’s All The Kilkenny Politicians that were banging on our doors a week ago for our votes ye are the ones that have the power and voice of the people!!!”

Sylvia Rafter - To get a dog u need home check etc but its blatantly obvious the horses are ill treated yet nothing is done . I HATE driving past them ...hate the way they treat the horses and something should be done . How come they can have them and leave them tied up im a field . No shelter etc .. I thought that was a requirement. . Bloody joke”

Anyone who witnessed the incident or saw a sulky being driven on the Waterford Road on Sunday afternoon is asked to contact Kilkenny gardai on (056) 777 5000.