A family divided - in the name of hurling 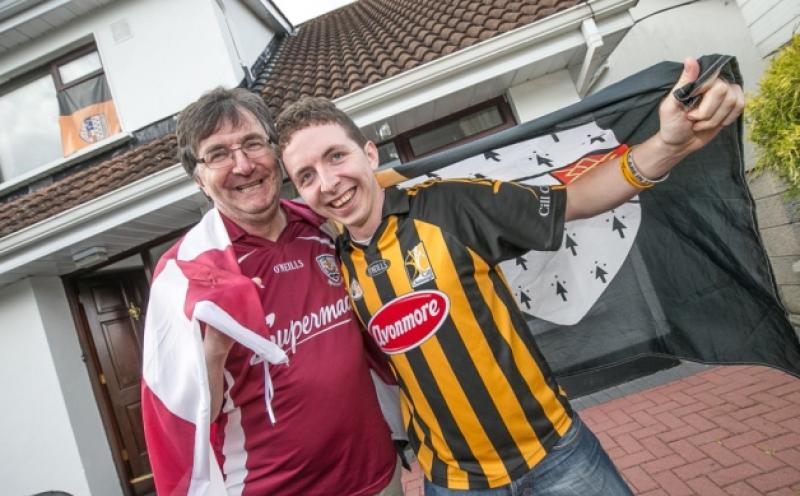 One Kilkenny family will be on cheering on opposing sides at next Sunday’s eagerly-anticipated All Ireland Hurling Final clash.

One Kilkenny family will be on cheering on opposing sides at next Sunday’s eagerly-anticipated All Ireland Hurling Final clash.

Recently-retired prinicpal at Colaiste Eamon Ris in Callan, Frank McKenna is a native of Tuam in County Galway and his wife Olivia, who teaches in Loreto Secondary School is also an avid Galway supporter.

Frank McKenna moved to the Marble City 35 years ago to take up a teaching post and was principal in a school famous for its the Kilkenny hurlers, who were schooled there, but his sporting allegiance to his native county remains steadfast.

An avid GAA fan he has attended every hurling and football final since 1981 and moved to Kilkenny the day after Galway beat Limerick in the hurling final.

“Galway is the team that has beaten Brian Cody’s team the most, but that is nothing in comparison to what they have done to us. I am not one to gloat and I think that it will be a triumph of experience over optimism next Sunday. With Cody’s acument for picking the right team it will be very difficult for us.”

His son Alan, a born and bred Kilkenny man holds out some out for the Tribesmen.

“I think Galway have it in them. I am more optimistic than my father but then again I have not gone through all those years of pain,” said Alan whose sister Louise is also a staunch Kilkenny supporter.

As hungry as Galway are for a win Kilkenny’s unshakeable self belief may well be the tipping in the point in deciding where the Liam MacCarthy will reside for the next 12 months.

“31 counties hope to win but Kilkenny expect to but I think it would be a real shame if Joe Canning did not get a medal,” she said.