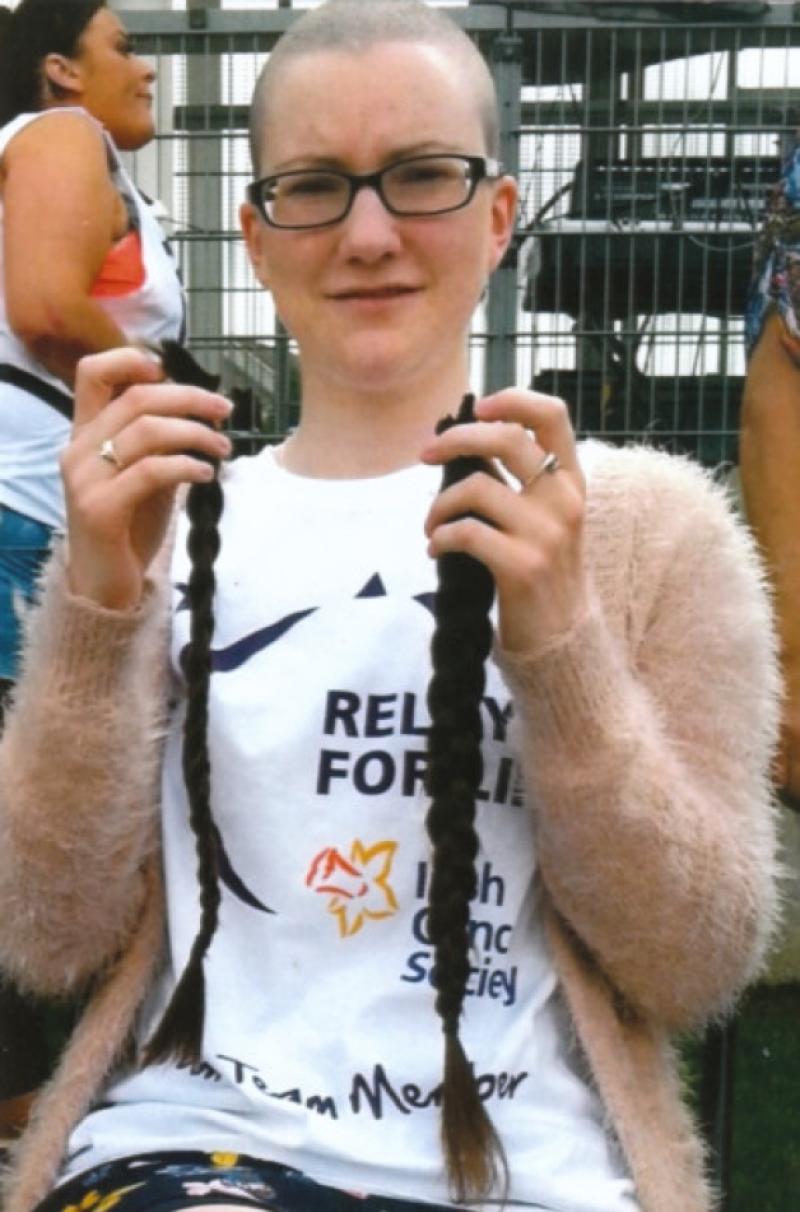 A local woman has issued a heartfelt thanks to her community and supporters, having raised thousands for a cancer charity and donating her ponytail for a wig.

A local woman has issued a heartfelt thanks to her community and supporters, having raised thousands for a cancer charity and donating her ponytail for a wig.

Aoife Dunne, from Coon, managed to raise over €3,000 for the Irish Cancer Society in recent months leading up to a sponsored headshave event during the Relay for Life in Kilkenny. She also donated her ponytail to the Little Princess Trust Fund, which will go towards making a wig for a child who is currently under going treatment for cancer.

Her head was shaved during the weekend of charity events for the Relay for Life, which took place in Kilkenny in July.

“I said ‘sure it’s only hair – it will grow back’,” says Aoife, who signed up for the event around Christmastime. It has deep, personal significance for her, as her own aunt is recovering from cancer.

She collected the money by selling lines in Castlecomer, by holding a raffle, and campaigning on Facebook for donations. The Coon native was overwhelmed with the support she received from family, friends and even strangers.

“Thank you to Eurospar Castlecomer for allowing me to sell lines and to many local businesses around the Castlecomer area that kindly donated prizes for the raffle.

“And again, thank you to everyone that sponsored me both offline and online. I’m delighted with the amount that was raised, and to know that my ponytail will help a young child feel more confident once they receive their new wig.”