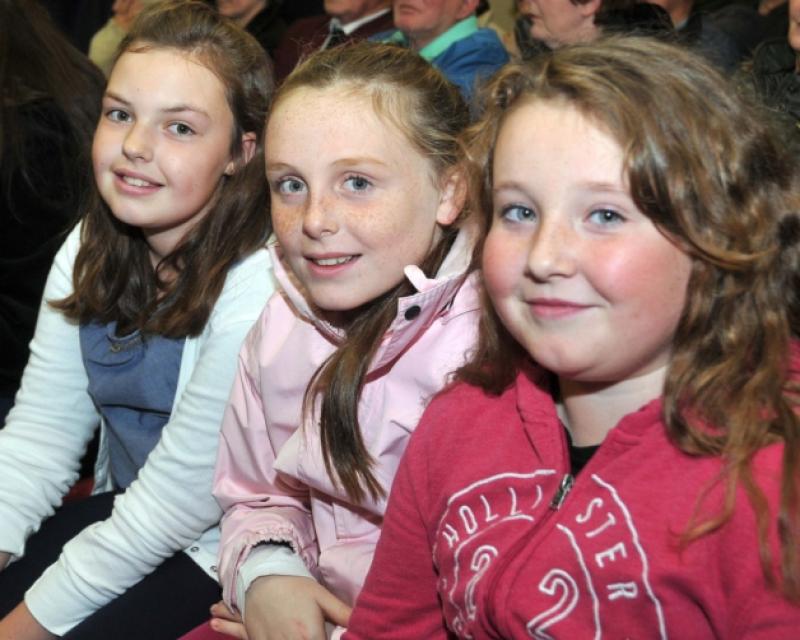 The cornets tooted and the trombones thrilled while the sound of the euphonium, bass and drums filled the air as a huge crowd attended the official opening of the new home for Graignamanagh Brass Band which was formed in 1760, making it the oldest band in Ireland.

The cornets tooted and the trombones thrilled while the sound of the euphonium, bass and drums filled the air as a huge crowd attended the official opening of the new home for Graignamanagh Brass Band which was formed in 1760, making it the oldest band in Ireland.

And recently appointed Minister for Rural Affairs, Ann Phelan was on hand to do the honours in her home town.

“For years, its musical tradition has been carried on by local families such as the Dohertys, the Fenlons, and the Hoares, but to name a few,” she said.

“We all remember fondly, Piery Fenlon, Sean Hoare and Dick Byrne, who were prominent members of the Brass Band down through the years. It’s great to see it filter down through the generations, with Denise and Debra Fenlon, Piery’s daughters involved. I also understand that, it is extending into the next generation, into Piery’s grandchildren and I wouldn’t expect anything less,” she added.

She spoke of the exceptional revival under the new Band Master, Nick Cooney. “Apart from the very complex calendar of events that the band take part in throughout the year, such as on St Patrick’s Day and Easter Sunday, they are renowned for their Christmas concert in Duiske Abbey. As it the case for many people, Christmas time is my favourite time of the year and listening to the Brass Band around this time, makes it all the more special,” she said.

“In their wine coloured jackets which proudly bears the band’s crest, long standing band members, such as Willie Flood, Ned Fenlon and Eddie Cody from Inistioge, play among the other band members at each and every event. Willie has often regaled the story of how the band played the Dead March as it paced through the streets of Graignamanagh when news filtered through that the Titantic had sunk in 1912,” Minister Phelan said.

The band is held in exceptionally high esteem by the people of Graignamanagh, Thomastown, New Ross and Inistioge, which is home to some of the band members.

“They are an intrinsic piece of the fabric of the town and I wish them all the very best with their new Band Room and I look forward to enjoying their music for many years to come,” she added before encouraging everyone to buy the band’s DVD, which, she said, would make a great Christmas present for loved ones at home and abroad, reviving fond memories for all,” Minister Phelan added.