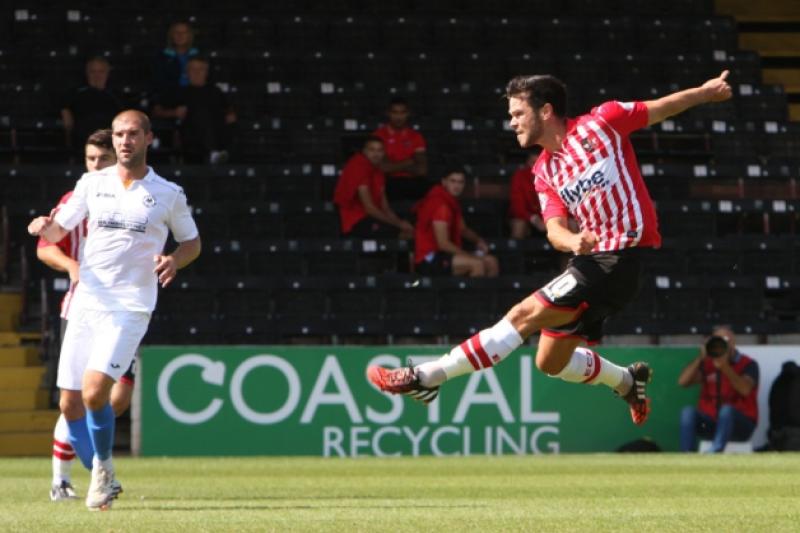 Kilkenny man Jimmy Keohane has spent his fourth Christmas and New Year’s away from home. Keohane who hails from Conahy is a professional footballer plying his trade cross channel with League 2 outfit Exeter City.

Kilkenny man Jimmy Keohane has spent his fourth Christmas and New Year’s away from home. Keohane who hails from Conahy is a professional footballer plying his trade cross channel with League 2 outfit Exeter City.

The former Evergreen and Wexford Youths player left Ireland in August 2010 to sign for Bristol City where he spent a year before moving to Exeter City, a club based in the South West of England.

“I signed for Exeter in August 2011, and that December was the first I spent away from Kilkenny and away from my family. I was 20,” Keohane said.

“Luckily for me I have an aunty and uncle and a couple of cousins who live nearby, just outside Exeter, so I just go out to them for Christmas,” Keohane added.

Christmas and New Years is typically a very busy period for footballers in England with games being played almost every second day between the December 23 and New Year’s Day, something Keohane takes in his stride.

“It’s not that bad really because it’s such a busy time that you’re fully focused on the task in hand. I can join in with the festivities to a certain extent, but you’re watching yourself not overindulging in food or drink.

“Christmas day this year was training at half 10 which was a few hours of match preparation and then dinner with my aunty and uncle before resting in the evening for the St Stephen’s Day game,” Keohane said.

Where as many footballers and coaches have called for a winter break to be introduced following the model of most of the major leagues in Europe, Jimmy is happy to be doing something he loves. “This is something I always wanted to do, even though it would be nice to spend Christmas with the family in Kilkenny,” he enthused.

Keohane who was an accomplished hurler before making the move cross-channel lined out for his club Conahy Shamrocks and his school Kilkenny CBS with distinction, and his love for the game hasn’t waned.

“Whenever I come back I watch a game, and I’m always dying to get out on the field and play a match, but unfortunately I can’t really in case of injury,” Keohane said.

“We’ve worked hard this season and I know we have the ability to kick on in the next few months and hopefully we will be there or thereabouts when the season wraps up in May,” Keohane added