Michael Flatley Sr to be buried in St Mullins, Carlow just over the Kilkenny border 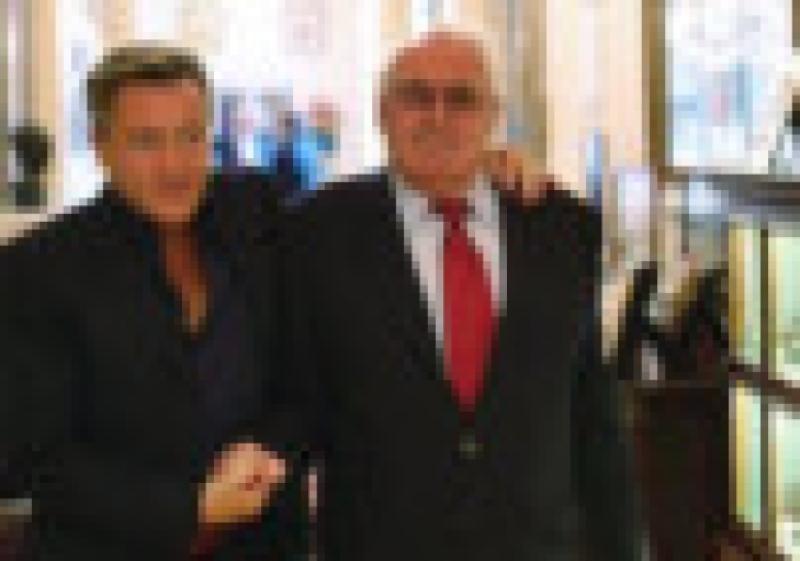 Michael Flatley Sr, an Irish immigrant in the US, whose son Michael Flatley Jr went on to become the most successful Irish dancer in the world through Riverdance is to be buried in St Mullins, Co Carlow, just over the Kilkenny border.

Michael Flatley Sr, an Irish immigrant in the US, whose son Michael Flatley Jr went on to become the most successful Irish dancer in the world through Riverdance is to be buried in St Mullins, Co Carlow, just over the Kilkenny border.

Mr. Flatley, 87, a native of Culfadda near Ballymote in Co Sligo, Ireland, died Friday of congestive heart failure at his home in the Chicago suburb of Frankfort. “He was my hero,” Michael Flatley Jr. said from London. “My heart is broken.”

His remains will be flown home this week to Dublin airport. He developed a deep love for the area and the Barrow through his wife Elizabeth who was from St Mullins

In 1947, Mr. Flatley Sr immigrated to America. He got married in Detroit in 1956 before he and his wife Elizabeth (nee Ryan), a native of St Mullins, Co Carlow, moved to Chicago. They started a plumbing business that’s operated in the southwest suburbs for 58 years, Flatley’s Plumbing Express.

They were regular visitors to St Mullins and Graignamanagh where the dancer’s cousins still live. He visits the area on a regular basis.

They started a plumbing business that’s operated in the southwest suburbs for 58 years, Flatley’s Plumbing Express.

When his five children were growing up, Mr. Flatley used to play Irish music at home, including traditional flute recordings by Seamus Tansey, and Matt Molloy, who would later join the Chieftains. Elizabeth Flatley was a gifted step dancer who performed with her mother, champion dancer Hannah Ryan.

Michael Flatley Jr. started his training at Chicago’s Dennehy School of Irish Dance. In Flatley’s biography, “Lord of the Dance,” his father recalled, “Mike had only been dancing for five weeks when the teacher came over to me and said, ‘You’ve an unusual kid here. I’ve never seen a guy with feet who can dance like that.’ ”

“Then my dad put up a broken mirror for me and my whole world changed,” Flatley said in the book. “Suddenly, I could see myself dance. And I started to think I might someday be good at this.”

He became the first American to win Ireland’s world dance competition, and he was clocked by the Guinness Book of Records as the globe’s fastest tap dancer. Flatley was principal choreographer for the 1995 show “Riverdance,” which became a sensation, with continuous touring companies all over the world.

He was still working for his father’s business when he was training for the world competition.

“At the time, I was still digging ditches for dad, but my father wanted me to win the Irish crown almost as much as I did, so he gave me time off to dance in the garage,” Flatley wrote in his biography.

The plumbing company had a “murderous schedule,” he said. “The Flatleys worked on birthdays, Christmas Eve, Christmas Day, New Year’s Eve and New Year’s Day. We worked in 110 degrees with humidity, the mosquitoes crawling on our backs.”

The younger Flatley’s agility has been attributed in part to the boxing lessons his dad enrolled him in because of neighborhood bullies.

“When after one too many bloody noses my father realized how much fighting was going on, he took my younger brother Patrick and me to boxing classes,” Flatley said.