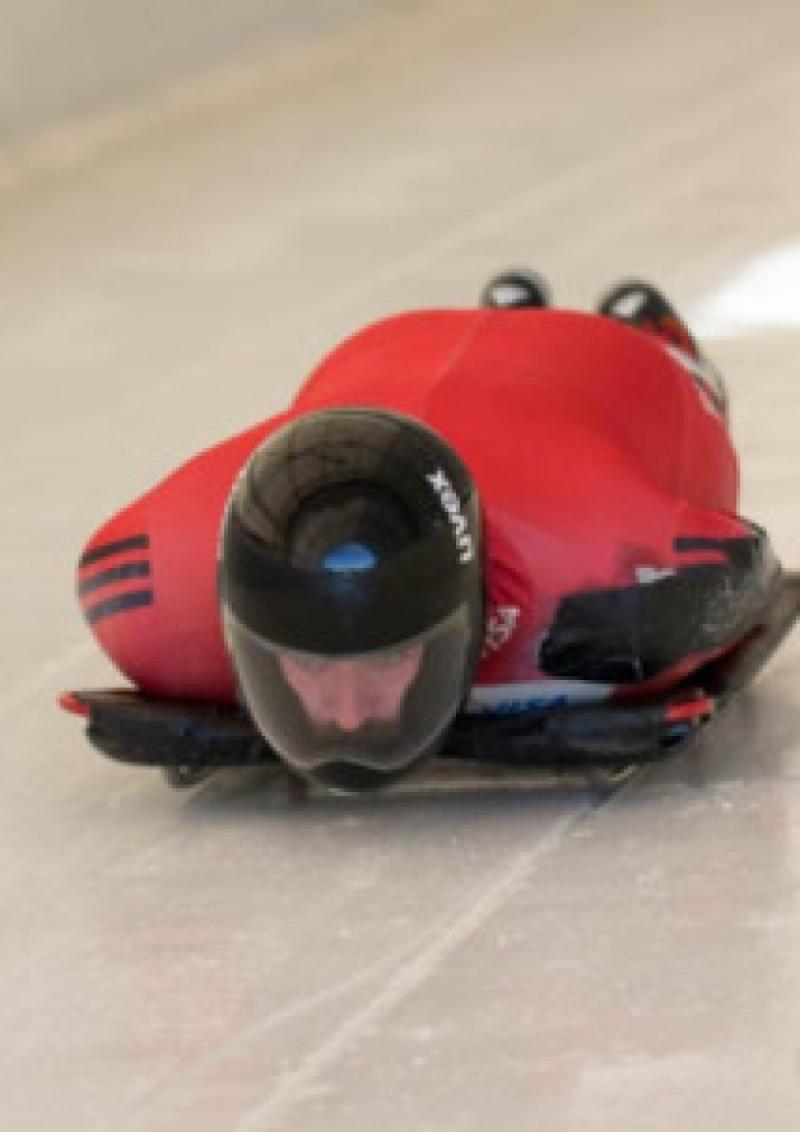 The winter Olympics will be held in PyeongChang, South Korea in 2018 and there is every chance that Kilkenny will be represented at the event by our own Cool Runner.

The winter Olympics will be held in PyeongChang, South Korea in 2018 and there is every chance that Kilkenny will be represented at the event by our own Cool Runner.

Patrick O’Brien, is a student in University College Cork (UCC) who competes in the hair-raising and extremely scary, Skeleton - The sliding sport in which a person rides a small sled down a frozen track while lying face down, reaching speeds of over 80 miles an hour.

A son of Jimmy and Trish O’Brien, Callan, in January Patrick competed in the North American Cup in Calgary, Canada where he took part in two races, coming 13th in the first and 10th in the second. It was a great result in a sport dominated by full-time Canadian and US athletes. He is now ranked at 99th in the World.

“As soon as my name is announced, my helmet is on and everything else is blacked out, you’re on the start block and you’re staring down over the crest of the hill. You’re staring into the fear. There are no brakes on a sled. “Racing at 80 miles an hour with your chin an inch from the ice, doing something that scares the s... out of you,” he admitted.

“One of the major challenges for me at present in the build up to racing is the need to secure funding and attract sponsors. As skeleton is a winter sport, it goes below the radar and most people aren’t aware of it,” he said.

“ I’ve no financial backing other than what I put into the sport myself so I need funding to qualify for the World Championships to be held in Igls, Austria next year. As I’m representing Ireland and not my college, there isn’t any assistance from UCC.

“The Irish Federation is pretty much broke too so there’s no money from them either, although the support from them in getting me started has been top notch. I’ve also been very lucky to get the help of former Dicksboro hurling legend, Tommy Bawle who is a physio. He helped me so much to keep my legs in working order before flying out to race in Canada in January. It’s help from people like that which will benefit me in reaching my goals and hitting targets,” he said.

Qualification for the world games will be tough as it is a full time commitment in the season leading up to the games, so in that regard, support is vital to be able to accomplish the goal of getting there. Then the focus shifts to performance during the games themselves. I’ve a lot of competition but qualification is very much achievable,” he said.