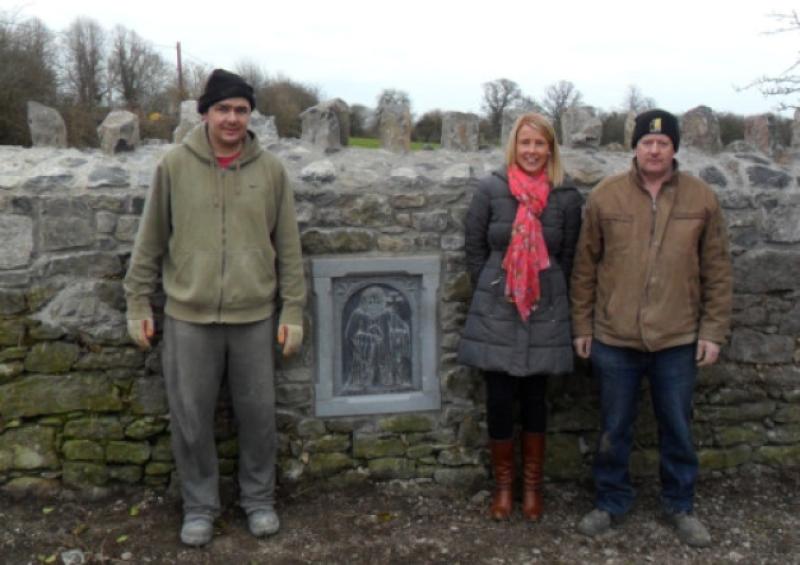 A group of Callan locals are keeping alive the area’s rich heritage in stonework, and the legacy of the famous O’ Tunney family, with a new project unveiled last week.

A group of Callan locals are keeping alive the area’s rich heritage in stonework, and the legacy of the famous O’ Tunney family, with a new project unveiled last week.

They have carefully restored an old limestone wall in Callan town as part of a stonework course, run in partnership by Droichead Family Resource Centre, Callan Community Network and Kilkenny VEC Community Education.

The Abbey Meadow boundary wall, at the Minnauns end, was in a serious state of disrepair when eight locals started on the course which began last October and ran for twelve Saturdays. The course was organised by Bríd O’ Gorman, Droichead FRC and was tutored by master stonemason and VEC stonework tutor, Seamus Davis.

Callan residents have been impressed by the quality and quantity of work completed while course participants were learning the basics of the trade. The wall was reinstated to the exact design, height and style to which it was originally built, complete with its projecting crennelated coping. Stone for the project was donated by Pat Lydon.

A beautiful sculpture was carved in limestone by course participant David O’ Sullivan, a Callan native. It depicts a monk with cross and bible, to commemorate the founders of the abbey. The sculpture is set into the newly-restored wall and is a fitting augmentation to Callan’s rich sculptural heritage, which traces back to the 16th Century masters, the O’ Tunney brothers.

Due to the successful learning experience of participants, the demand for further education in these crafts and the need for enhancement of the built heritage it is hoped to run a more advanced stonework course in Callan in the near future.

The course organisers would like to thank Pat Lydon, Pat Murphy, Seamus Kelly, Brendan Butler and John O’ Neill for their help.