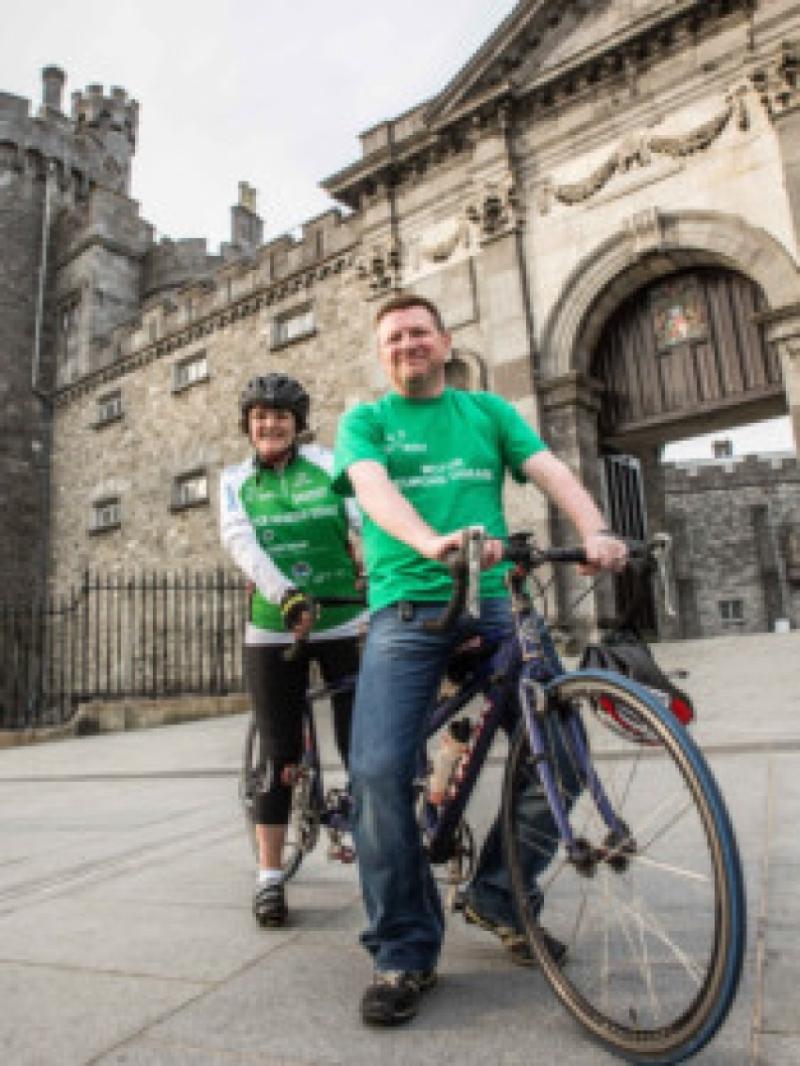 A FORMER hurler who was diagnosed with Motor Neurons Disease at the age of 40 states quite matter of factly that after the initial shock of his diagnosis he made a choice and one which has served him well.

A FORMER hurler who was diagnosed with Motor Neurons Disease at the age of 40 states quite matter of factly that after the initial shock of his diagnosis he made a choice and one which has served him well.

“It was either sink or swim, so I decided to swim,” said Paul Lannon, who is originally from Knocktopher.

There are some people who you encounter whose bravery and the way in which they approach their life stays with you - people who often unknowingly impart on us the greatest lessons that life has to offer - and Paul Lannon is one such man.

He is both frank and honest in his approach to life and the diagnosis which changed the way he views the world.

“Before the diagnosis I took it easy and was never really that into physical exercise. For my 40th birthday as a present to myself I signed up to do the Four Peaks Challenge for Focus Ireland. That was in June 2011 and it was that September that I started having trouble. At the beginning I was having trouble dropping stuff, not all the time but occasionally when I was getting my keys out of my pocket or at the end of the week my hands would be tired from using a mouse.

“After the Four Peaks I started to do some circuit training and I found it difficult to do push ups. I had played hurling with Shamrocks up to minor level and have been lifting kegs for years (his parents were in the pub trade) and I knew that it should not have been that hard.

“I went to the doctor and he gave me a preliminary diagnosis in March and that was confirmed in May. The consultant said that she could guarantee me 12 months but nothing after that. I did the worse thing and googled it. It was all a bit of a blur. I was dazed and angry and there was a lot of tears and anger. Then there was the conviction that I was not going to let this defeat me. Before I didn’t think that a human could deal with this. You either sink or swim and that determines how you live the rest of your life. I decided to go on the swim side and fight it and try and not let it control the rest of my life. I enjoy life - none of us know when we are going to die.

“The progression rate is quite slow. Two years on and I am still driving and working. I have lost considerable use of my arms and I can still use my arms,” he said.

This is not the first crossroads where Paul has been forced to choose to sink or swim. His sister Suzanne was diagnosed with cancer at the age of 17 and died just three weeks after. “Suzanne’s death taught me about the fragility and the preciousness of life. From a young age I developed an appreciation of life as I knew that it could be taken away from you at any stage. I have always known how to enjoy life and have had an open sense of adventure.”

Paul has retained his positive attitude but openly admits that his diagnosis made him realise what is important and that family, our shared experiences and living a good life are paramount. “Saying that I am not a saint by any means,” he adds.

“I just focus on living. I get a buzz out of the work that I do and that I am helping to raise awareness. I am trying to give when I can because I know the time will come when I can’t physically do it anymore. I think a positive mental attitude can have a good effect on any condition. Motor Neurons is basically your auto immune system attacking itself. You can’t hit a reset button but you can focus on telling your mind good and positive things. I also try and keep as many toxins out of my body as I can,” he added.

Paul’s inspirational attitude to life drills home the importance of making the time that we have here matter. 27 cyclists arrived in Kilkenny on Saturday after cycling from Drogheda to raise funds for the Motor Neurone Association. A fundraising event was held in the Ormonde where Paul was joined by his family and friends. Anyone who would like to support the event can donate can go to www.mycharity.ie and search for D2K