From Germany to the Castle Park 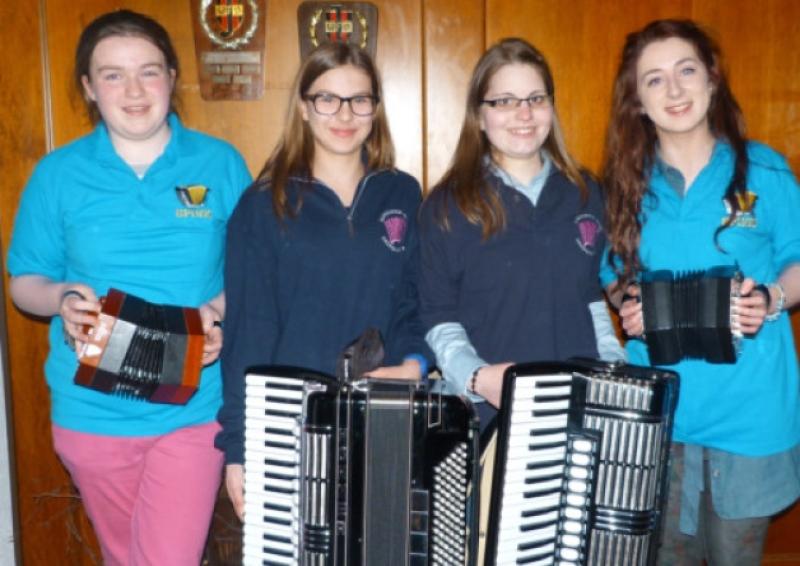 TIMPEAL Cnoc Ceili Band, fresh from their tour to Germany, were the opening act on the Main Stage at the Castle Park last Saturday morning for the Kilkenny Trad  Fest Festival.

TIMPEAL Cnoc Ceili Band, fresh from their tour to Germany, were the opening act on the Main Stage at the Castle Park last Saturday morning for the Kilkenny Trad  Fest Festival.

When the Spink Comhaltas Group acccepted an invitation by the Freshford Acorn club to perform in their show ‘A Musical Tour of Ireland’ written and directed by the well reknowned Moira Maher, last year they had no idea it would end with a trip  to Germany.

The Dagersheim harmonica club, which has strong links with Freshford Acorn club organised the anchor event, the Irish night “Irisch Nacht” in the “Festhalle Dagersheim” (the town hall), which was an outstanding success. Musicians, dancers and performers alike played to a packed hall, with the formal setting making this a major event in the local Dagersheim musical calendar.

The show which took the audience on a virtual musical tour of Ireland featured the “The humours of Kilkenny” and other classic local tunes. 16 musicians involved with Timpeall Cnoc Ceilli Band, who are taught by the Dowling Sisters through Spink and Lisdowney Comhaltas groups, all under the age of 17, acted as proud Ambassador’s for Counties Kilkenny and Laois and indeed their Country throughout the performance as they played music, danced and sang with the experienced Acorn Club.

Other performances by the group were played to smaller audiences in the towns of Sindelfingen and Dagersheim and included a session, arranged by the Dagersheim Harmonica Club, in the local secondary school where the Irish children talked on Irish culture and music to their peers, followed by a meet and greet where the local teenagers practiced their English and expressed their fascination with the show.

Many of the children had the added Cultural experience of living with German families and seeping themselves in the food and lifestyles of their host families.

The many impromptu singing sessions by the Freshford Acorn Club were a great source of entertainment to the young Musicians who willingly joined in and leraned many old Irish Songs. One of the highlights for them was a performance on the last night by the Dagersheim Harmonica Club.

On the final leg of the trip, bad weather causing flight delays, saw an unexpected performance in the departure lounge of Frankfurt airport, where the group entertained frustrated passengers awaiting their flights. To find themselves seated on the return flight beside their neighbouring “Na Fianna”, also returning from performing in Germany, gave an added boost to the group.

Spink Comhaltas and members from the Lisdowney Comhaltas wish to take this opportunity to thank the Acorn club in Freshford, Noel Cleere, Gerry O’Reilly and Moira Maher as well as the Dagersheim Harmonica Club in Germany for providing them with this amazing opportunity.