Lorna all set for big date as Kilkenny Rose 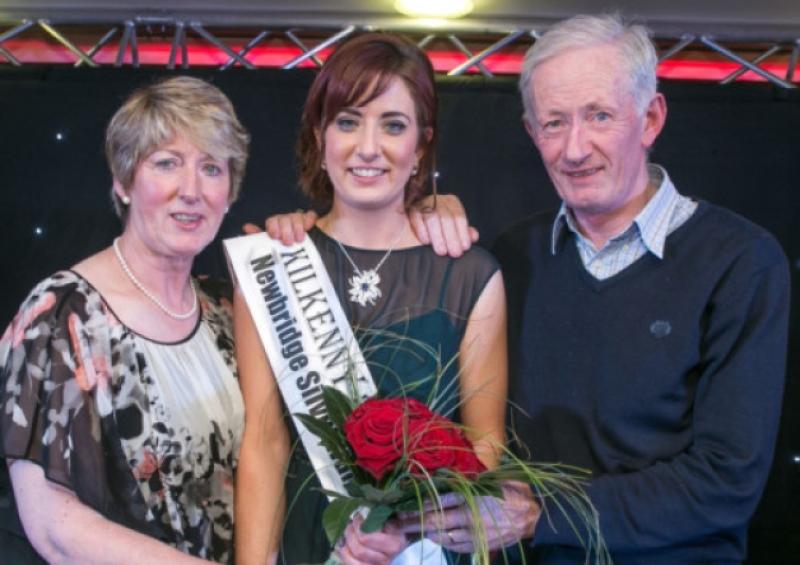 Kilkenny Rose Lorna Fennelly is rallying her supporters to follow her to Portlaoise for the Rose of Tralee Regional Festival from May 30 to June 3.

Kilkenny Rose Lorna Fennelly is rallying her supporters to follow her to Portlaoise for the Rose of Tralee Regional Festival from May 30 to June 3.

It’s a major tourism event on the Irish Festivals calendar attracting 61 Roses, their families, friends and festival-goers from Ireland and around the world. Host Dáithí Ó Sé will interview each of the 61 Roses over three nights before two judging panels select 23 Roses to go forward International Festival and Rose Gathering in Tralee next August.

Lorna recently acted as a judge for Kilkenny fashion week, which was featured on RTÉ’s Nationwide programme and she would really love to own and run her own fashion outlet. Being from Kilkenny, from Ballyhale, and a Fennelly – what choice did she have but to play hurling or camogie.

Each of the 61 Roses has her own story to tell, yet they are connected by their Irish heritage and they are all outstanding ambassadors who exemplify the true spirit of modern young Irish women. Just 23 of them will go forward to the Rose of Tralee International Festival where they will be joined in August by Roses from Kerry, Cork, Dublin, Sydney, New Zealand, Darwin, Perth, Queensland and South Australia.

“Each year over 1,000 young women participate in Rose of Tralee events worldwide and this year sees the biggest gathering of Roses at any one single event,” said the festival’s general manager, Oliver Hurley.

“The event significantly enhances the profile of the Rose of Tralee and it is a major stepping stone on each Rose’s journey to Tralee in August. The Regional Festival plays a key role in promoting and developing Portlaoise and County Laois as a key events centre in Ireland.”

Throughout the June Bank Holiday weekend in Laois, the Roses will take part in three selection nights at the Portlaoise Heritage Hotel, enjoy an Irish music evening at the Maldron Hotel Portlaoise as well as a vintage Car Parade, funfair, street disco and a visit to the magnificent Castle Durrow.

Laois has been home to the Regional Finals of the Rose of Tralee since 2008 and this will continue for another three years from 2013 to 2015, with the support of Laois County Council, Laois Tourism, and Laois Partnership. Roses representing 29 counties in Ireland, 14 regions in the United States of America, Scotland and seven major cities in the United Kingdom, Melbourne, Dubai, Abu Dhabi, Canada, Luxembourg, France and Germany will all take part in the Regional Festival.

This year’s extended Rose of Tralee International Festival and Rose Gathering will take place from 14 to 20 August. For details on how to book tickets for all Rose of Tralee events in Portlaoise and Tralee, visit www.roseoftralee.ie or contact the festival office on +353-66-7121322.