Vicar Street saga set to go on for weeks 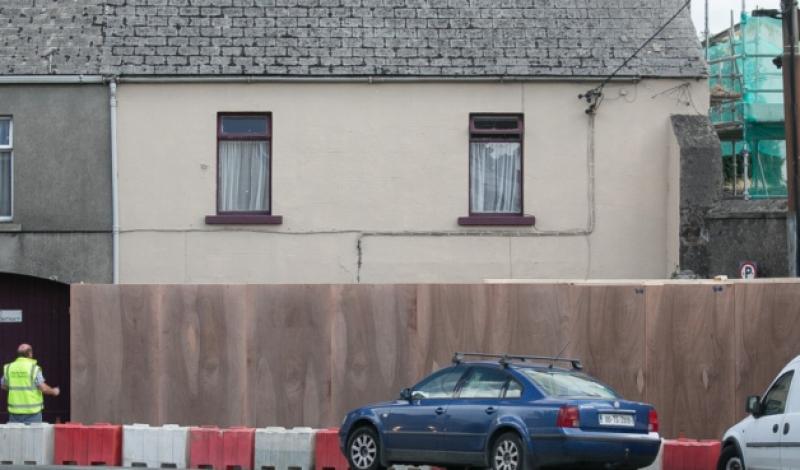 Further investigatory works are under way at No 22 Vicar Street, the house at the centre of a heated debate over its scheduled demolition.

Further investigatory works are under way at No 22 Vicar Street, the house at the centre of a heated debate over its scheduled demolition.

A large hoarding was erected in front of the building late last week, and several workers have been active on the site. Kilkenny County Council has confirmed that an archaeological investigation is taking place.

“The archaeological investigation associated with Vicar Street properties is ongoing and is expected to continue for a number of weeks,” said a statement from the local authority.

“All works are being carried out in compliance with the terms of the licence and to the methodology agreed with Department of Arts Gaeltacht and Heritage and we are liaising with the department as work continues.”

The house is due to be demolished along with the two neighbouring houses, to make way for Kilkenny’s new Central Access Scheme road. The council had hoped the demolition would proceed earlier this summer, but several obstacles have emerged, including a solicitor’s letter from An Taisce, who say the houses may be part of a national monument.

An initial investigation of the houses was carried out for the council in late 2012/early 2013 by historic building consultant Rob Goodbody, whose report advises that [to date], there is no archaeology or architecture of special significance associated with the terrace of houses.

But that view is contested by, among others, the head of Kilkenny Archaeological Society Cóilín Ó Drisceoil, who contends that the investigation carried out was incomplete.

Mr Goodbody’s work was restricted in some respects by access difficulties, both inside No 22, and externally at the south gable wall. This wall is one of the features of the house that the council is currently examining.

The debate centres around whether or not the houses have any intrinsic archaeological or architectural value.

A local group, CKRR has also collected some 5,000 signatures for a petition to prioritise completing the outer ring road ahead of any central access road.