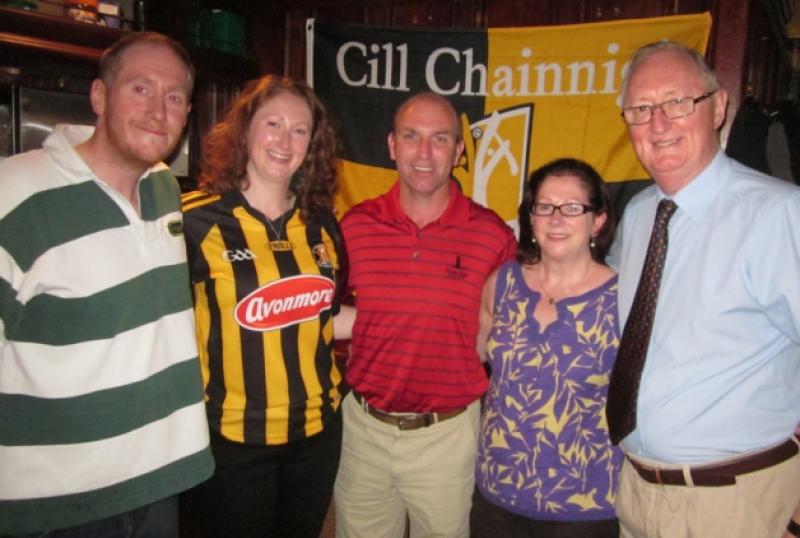 London had a visit from hurling royalty at the weekend, when Kilkenny legend DJ Carey was a guest of the Kilkenny Supporters Club London Branch.

London had a visit from hurling royalty at the weekend, when Kilkenny legend DJ Carey was a guest of the Kilkenny Supporters Club London Branch.

DJ answered questions and met fans at the Gipsy Hill Tavern on Saturday before coming to The White Horse in Peckham on Sunday. The Young Irelands club man spoke about his forthcoming book, his successful career and the current Kilkenny team.

DJ explained how much such clubs mean to players.

“When you’re a player, you love the support, the back up all over the world and we certainly have had that over many, many years,” he said.

“Hopefully, now the team is beaten and maybe in a bit of a transition in the future, now is when we want the support greater than ever. We now really have to keep the flag flying.”

Printed with permission and thanks to David Hennessy and The Irish World.