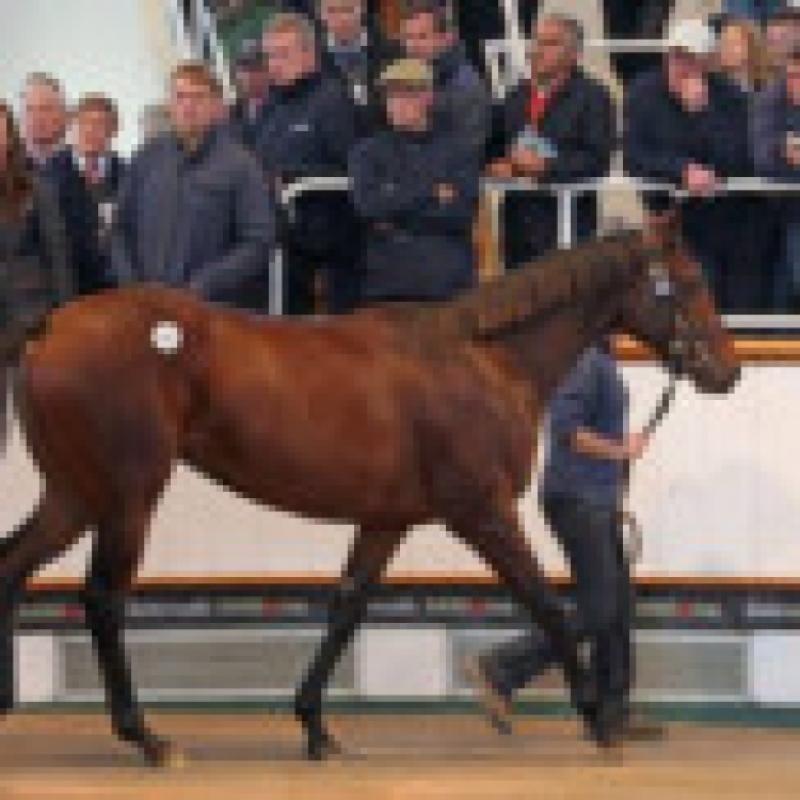 History was made last week when Kilkenny’s Lodge Park Stud, owned by the Burns family, sold a fillyfor a record-breaking €6.2 million.

History was made last week when Kilkenny’s Lodge Park Stud, owned by the Burns family, sold a fillyfor a record-breaking €6.2 million.

It’s the latest success story for the Freshford-based stud, which previously bred the Epsom Derby-winning New Approach. Yesterday (Tuesday), the Burns family reported being ‘absolutely delighted’ with the recent sale.

The buyer was Mandore International, on behalf of Qatar’s Sheikh Joaan Al Thani.

The filly is the daughter of champion sire Galileo by Alluring Park, and the full sister to 2012 Oaks winner Was.

Speaking to the Kilkenny People, Patricia Burns said Kilkenny was a strong place for the industry.

She said that that the filly was an exceptional horse, and a lot of hard effort had been done to bring the animal to fruition. She paid tribute to her three sons and also thanked staff members Richard Eyre, Paul O’ Carroll, PJ Grace and Ihor Biletsky for all their invaluable work over the years.

The filly will be trained in France by André Fabre.