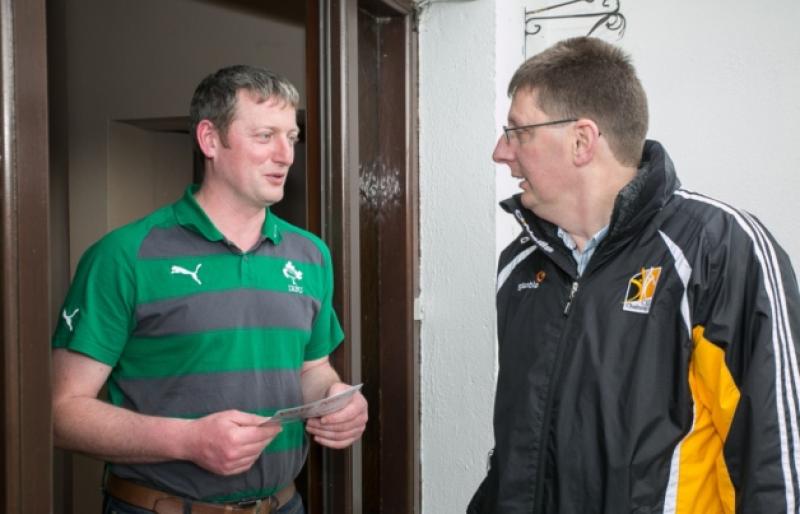 Ger Ferris firmly believes that he can do more for the people working as an Independent councillor, if elected instead of being a member of a political party.

Ger Ferris firmly believes that he can do more for the people working as an Independent councillor, if elected instead of being a member of a political party.

“I don’t have to conform to party issues. I won’t tow the line and I have been approached by parties and refused,” he said.

It is a Thursday afternoon and many of the houses at Hillside Drive in Castlecomer are empty but there is little doubt that if time allows Ger will be back to speak to the people living there.

He has a few friends and family helping him out but it is largely a one-man campaign and he believes that the electorate want to meet the person that they are being asked to vote for.

“I start every morning at ten and finish at nine in the evening. I bring a flask and sandwiches and I stay out as for as long as I can. For me it is not so much about politics it is about getting things done in the community,” he said.

Ger is passionate about all things local and getting things done and has an impressive track record as a community activist.

He is the driving force behind plans to use the former courthouse in Castlecomer as a youth cafe and has secured funding for the project.

“I feel this project is long overdue for the area, as the young people of North Kilkenny have nowhere to congregate in a safe environment,” he said.

On the doorsteps Ger meets with Martin Brennan who emphasises the absence of any major industry in the town.

“People are under a lot of pressure. There is no industry in the town. A number of factories have closed over the years and this has been a massive blow to people. We need industry locally,” he added.

Meanwhile on the main Castlecomer to Kilkenny road Michael Ryan stops to have a chat with Ger.

“I think that it is great to see independent candidates. I know Ger through different organisations and he does not great work locally. There is no disputing that,” he added.