O’ Higgins to bow out of Europe race on party orders 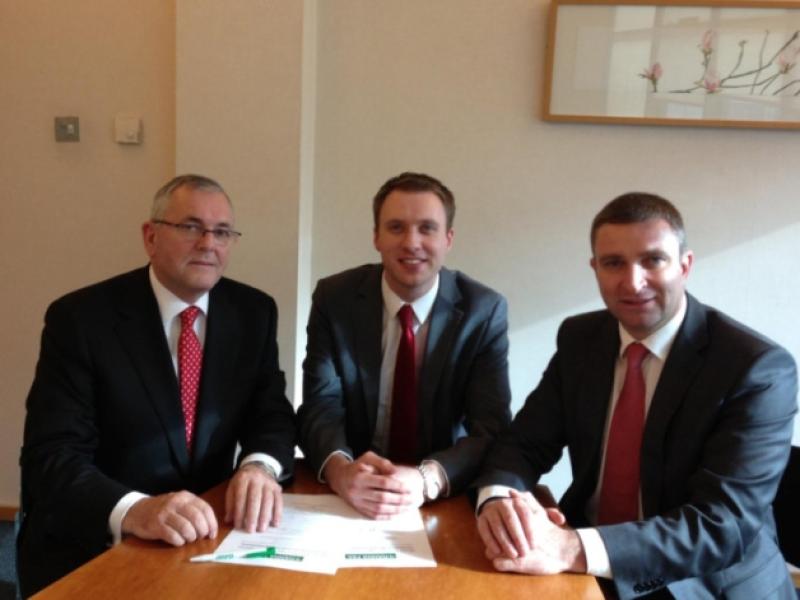 Kilkenny’s Adrian O’ Higgins will not contest the Fianna Fail selection convention for Ireland South on Sunday, having been asked by the party leadership to step aside.

Kilkenny’s Adrian O’ Higgins will not contest the Fianna Fail selection convention for Ireland South on Sunday, having been asked by the party leadership to step aside.

A senior figure in the party leadership met O’ Higgins yesterday morning to inform him he no longer had their support. Waterford-based Kieran Hartley is to go forward for selection at the party’s convention in Clonmel.

The Fianna Fail party wants two candidates running in the constituency, and sitting MEP Brian Crowley (Cork) is a certainty to go forward. It was widely expected that O’ Higgins would secure the nomination under the ‘one member, one vote’ system.

It’s understood O’ Higgins was told that if he were to win the nomination, Hartley would be added onto the ticket after the fact. The Fianna Fail party is seeking to court the populist anti-pylon vote in the Ireland South constituency, and Mr Hartley is one of the country’s foremost anti-pylon activists.

But it’s a major blow for O’ Higgins, who was unavailable for comment this morning. At a campaign meeting in Kilkenny last Thursday, he had said he was looking forward to contesting the convention.

The 25-year-old Kilkenny man had received strong support from the Fianna Fáil membership. He secured nominations from a broad range of the parliamentary party members across the constituency.

He is currently employed in the Fianna Fáil Policy and Research Office in Leinster House, where a great deal of his work involves scrutinising European legislation and monitoring European matters. It is believed he will use the unexpected free time over the coming weeks to commit himself fully to qualifying as barrister.