Council to hear motion on CAS review – but work will continue 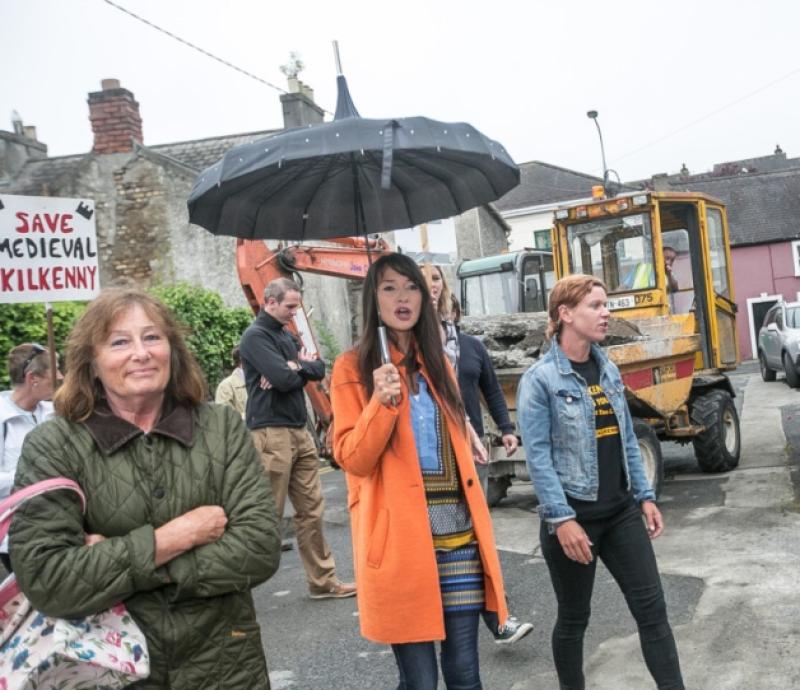 The members of Kilkenny County Council will meet on Saturday morning to discuss a notice of motion calling for a review of the controversial Central Access Scheme.

The members of Kilkenny County Council will meet on Saturday morning to discuss a notice of motion calling for a review of the controversial Central Access Scheme.

However, construction work on the new bridge will continue unabated in the meantime. At a special emergency meeting of the county council on Tuesday, the members heard that the cost per day of halting works would be in the region of €13,500.

Details of the proposed review have not yet been revealed in terms of its remit, timeframe, and terms of reference.

Owing to the fact that Tuesday’s meeting was called only on Monday, the members had no decision-making capacity. For this to happen, there must be three days notice of the meeting given, hence this meeting scheduled for this weekend.

The council has said that it has been put in a ‘new position’ by information that has emerged in recent days. This information includes the decision of An Bord Pleanala last week to approve the Environmental Impact Statement and Compulsory Purchase Order for an extension to the northern ring road.

It also includes a new proposal, heard by some of the members last Saturday and others only on Monday, that the current ‘Phase 1’ part of CAS be undertaken on a further phased basis.

This would see the houses at Vicar Street retained temporarily, with the bridge still going ahead, but with the road terminating in the St Francis Abbey site for the time being. The details surrounding this option and its consequences are still unclear, particularly in terms of its impact on traffic in relation to the site.

Several councillors spoke yesterday in support of the meeting, citing the new information and changing situation, as well as the public appetite for a review.

The notice of motion on the council agenda since June, proposed by Cllrs Malcolm Noonan and Kathleen Funchion, calls for a special briefing meeting “for members to review the Central Access Scheme... taking into account all relevant new information... and to give due consideration to public opinion on and possible alternatives to the project.”

That motion was not heard at the monthly meeting of Kilkenny County Council on Monday, for the second month in a row. The meeting was once again marked by a lengthy adjournment.

On Saturday at 11am, the elected members will decide if the review is to take place. Among the issues of key importance will be the legal and financial implications of any action the members decide to take.

Only last week, the Fianna Fail group issued a statement saying its members had carried out ‘a comprehensive review of the entire project’, but were unable to prevent the bridge going ahead or suspend the scheme, as it was at such an advanced stage.